See Rybak as “The Trololo-man” 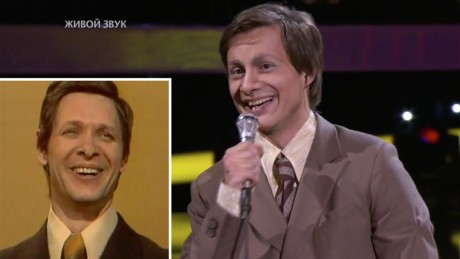 Article in Norwegian, published by www.p4.no

Read the Original Article HERE – and listen to an interview with Alexander!

“See Rybak as the Trololo man!

Like this, you’ve never seen the Norwegian Eurovision-winner before!

Eurovision Song Contest winner Alexander Rybak has appeared on Russian TV, dressed up as Eduard Khil, to P4-listeners better known as the Trololo-man.

Rybak has been a fan of the Russian artist since he was a kid, and was supposed to perform with him in London. Unfortunately Eduard Khil became ill and he died before Rybak got to experience this. Thus, it was extra fun for Rybak to take part in the Russian TV show “One to One”, dressed as Khil, he tells to P4 Radiofrokost.”

Check the incredible transformation in the video here below!