Alexander Rybak gets 2 songs selected for the OGAE Second Chance Contest 2015. Earlier this year,  his song “Accent”, performed by MILKI of Belarus, was chosen by the branch OGAE-Rest of the World. Now his song “Still Here” with Franklin, has been selected by the OGAE-Malta.

Article in English, published 04.05.2015 by ESCflashMalta.com

“Franklin Calleja, a respected male vocalist whose ascent to the top of the local music scene has been well documented through the depth of the Malta Eurovision Song Contest, was recently selected to represent Malta in the next edition of the OGAE Second Chance Contest, following a democratic voting process” 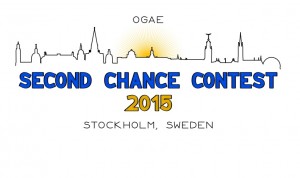 From the Website of OGAE – Rest of the World:

“The OGAE Second Chance Contest is a video event organised between branches of OGAE.

Each branch can enter one song that failed to win the country’s national selection to compete in the annual Eurovision Song Contest. The members of each club choose amongst the songs that did not win and select one to represent the club in the event.”

“The host club for the 2015 contest is Sweden. Participating clubs must submit the link to the video of their chosen song by 10 May. The voting process will start soon after the Eurovision Song Contest has been held in Vienna.

Eighteen clubs will take place in this year’s contest. Rest of the World has chosen to be represented by Belarus with the song ‘Accent’, performed by MILKI and composed by Alexander Rybak. Below is the running order for the contest, our club has drawn 12th position.