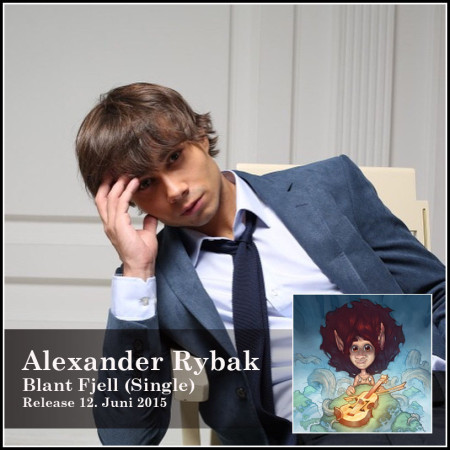 New 2015 single from Alexander Rybak, “Among Mountains”. Taken from the forthcoming album “Trolle And The Magical violin”.

In September Rybak releases the childrens book “Trolle and the magic fiddle” on Cappelen Damm. With the book comes also an audiobook recorded by Dennis Storhøi, and with voices as Anders Baasmo Christiansen and Stig Werner Moe.

“Trolle and the magic fiddle”,  unites the musicality of Alexander Rybak with his affection for the Norwegian fairytale tradition. The story is recorded in a timeless language, with references to Norwegian mythology, but it is a story only Alexander Rybak could tell. How does it feel to be different at a young age? And is it possible to turn your life around by the enchanting sounds of a violin?”

Article in Norwegian, published  by RadioLudo.no