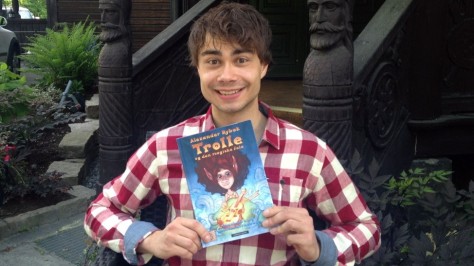 “The adventure of Rybak is about being different and feeling outside. It’s about a troll who is born without a tail, and the trials it causes.

Rybak recognizes himself: The parents Natalie and Igor moved with their ​​son to Norway from the old Soviet Union in 1990, and Alexander had difficultie, playing with the other children. – I have always known the feeling of beeing outside. I sometimes felt, that I did not fit into the games the other children were playing. Particularly in the early years when I didn´t speak Norwegian so well, says Rybak and adds;

– I wanted to catch it in the story, the vulnerabillity one experiences when one is different.”