Cleverly playing with genre boundaries, and perhaps in a good stage presence lies in the secret of her success. Home brings classical music roots, her mother pianist and his father a violinist. Alexander Rybak won the 2009 Eurovision Song Contest for the first time on August 20 occurred in Hungary.

– On doing a lot of traveling and concerts. How much time is needed to align with the accompanying you, with you playing with local bands, to book a gala concert Virtuosi Orchestra, the George Solti Mountain?

– Of course I like to always take place opportunity to talk with the musicians, but in this case I met professional musicians. Not only that, they knew their job well, but felt the pop music as well. When I was preparing for action in Budapest, my parents were told in advance, very good musicians living in Hungary.

– How you know the Hungarian musical life, our music copyright?

– Rather, I wonder what I’ll find out then. I do not want names, throwing things, because it is easy to confuse you, which country it comes from.

– You went back after winning the Eurovision Song Contest in the conservatory to finish your studies. Why do you keep this important?

– I did not want to lose sight of where I come from. The fame and glory uplifting feelings, but definitely thought it necessary to finish what I started. I studied classical music since I was a kid, I would have been foolish to give up just because the pop music popular.

– Why did you decide to kanyarodsz toward the light music?

– I did not leave behind me any classical music, pop a rather different kind of experience I call in my life. The musical openness inherited from my father. I taught me to play the violin, but not only play musical notation, but also improvise, to try outside of classical music with other genres as well. My dad loves to play jazz. For me, the same pop. 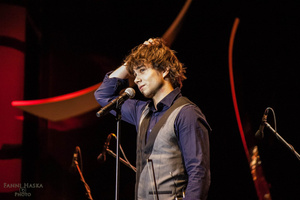 – Frequently I listen to Eminem, Michael Jackson, Julio Iglesias. I like good songs.

– The decision was nevertheless a matter that the parents of two instruments are the violin chosen.

– Easier to play the piano as a child, as soon as the results come. So it was with me, I played the piano well. Meanwhile, played the violin, which is heavier, three-four years passed before the satisfaction of the musicians playing. You must exercise a lot, and then suddenly it sounds this instrument. My father heard me during some kind of talent violin.

– Sometimes you are going on a family playing music together?

– Yes, sometimes, but only for our own amusement. Together, we very rarely actions. We would like to be kept separate from each other in family life and a career.

– Did you also become a musician you would have if your parents are not musicians?

– Unnecessary to consider these issues to think about. What would have been four years old when I was not moving our family from Belorussia to Norway? What would have happened if my parents were not musicians? The only question I can only conditional answer, if not musician, performer I become a teacher myself, I could imagine it.

– No. I want to become a composer, the great dream.

– Repeatedly declared a desire for life to get away from the big cities to post music.

– Yes, that dream of that country I live with my wife, my family, of course, if any at all. In the meantime, I write music to movies and video games and get songs from other performers.

– How far into the future do you see this?

– Five years ago I said about ten years from now will be realized. Now I feel I need to continue to ten years.

– This means that slightly Full indication of current life? 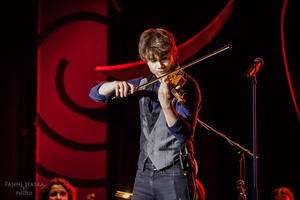 – Absolutely not. But in the meantime I want to go and perform as long as I enjoy, and get out in front before it would be enough. I enjoy my life now, I deal with a variety of things: one time I step up in clubs and stadiums, Scandinavia and Russia both music I write children’s books and musical roles you.

– It affects you during a lecture at the place where fellépsz?

– When I play, no. But two or three months before the journey I’ll see where I’m going to act and how I play in front of an audience. Before the trip I did in Budapest, I was good in advance that outdoor event will be the gala Virtuosi, classical music concerts, especially playing in front of family. Hungary is one of the classical music capital of the world, I have never been here before, but I heard a lot about it, many of my friends studied here.

– What are you working now?

– I’ve just finished writing a children’s book musical. In Russia there was a talent show jury, Norway and played in a musical. I can write songs in Russian and English. Next year will be ten years since I won my first talent competition in Norway, and will then spend 30 years of my life into the well. Surely a lot of action will be waiting for me.

– I take it you like to embrace and support young talents?

– That’s right. But not only youth, talent of all ages enjoy working together. I would be happy if Hungarian musicians would be the opportunity to come together co-productions. 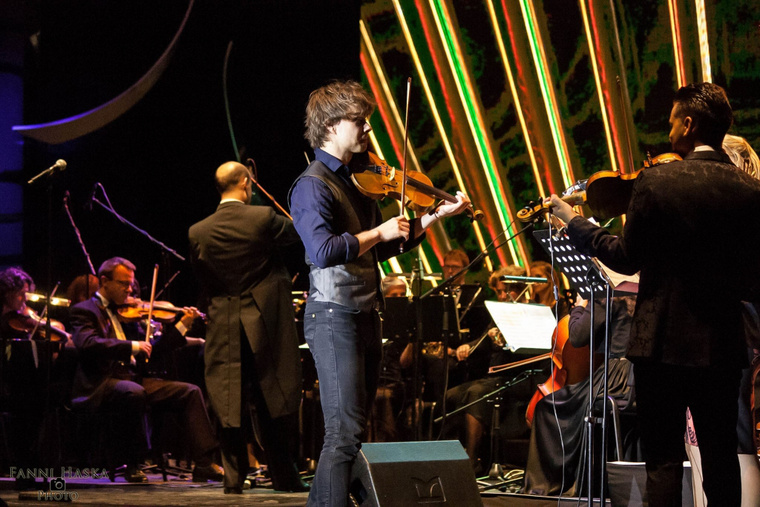