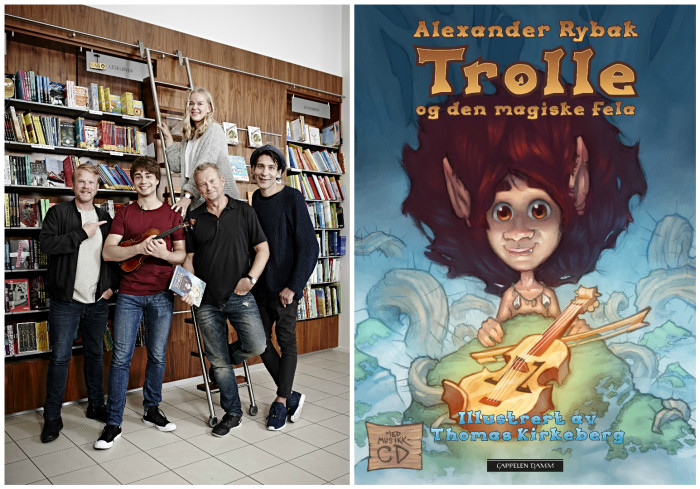 Alexander Rybak’s debut  Trolle and the magic fiddle has received critical acclaim. Now, the book will be published in Denmark.

It is the Danish company Koppelwrite who bought the rights to Rybak’s book. Koppelwrite is owned and operated by Pelle Koppel, who is also an actor, theater-director and playwriter (educated at Aarhus Theatre), who operates his own theater. Other Norwegian titles he has published include Erlend Loe and Alice Lima de Farias picturebook Butt Milk from Africa  and the books of Arne & Carlos.

– I am crazy about the troll universe, the great illustrations – and I fell also for the combination of book and audiobook with songs and music as a unifying and complete musical universe. That,  I have not seen being done quite the same way earlier. I love a good drama with enchanting music, – says Pelle Koppel about Trolle and the magic fiddle.