Interview. Alexander Rybak: “I think of the most beautiful girls”

Alexander Rybak – the most titled Eurovision winner in the history of the competition, as in 2009 set an absolute record of 387 points.

This fall, two Belarusian cities, namely in Grodno and Baranovichi, will be two exclusive concerts by Alexander Rybak. But this time the singer will play not alone, but with a young girl band from Belarus – «MILKI», which he has collected for the Eurovision Song Contest – 2014. The girls put forward their candidacy to represent Belarus at the contest with a bright hit «Accent», but unfortunately not passed national selection.

Concerts by Alexander Rybak and the group «MILKI» will be held on 10 and 12 November. On the eve of the show we talked with Alexander about upcoming concerts, new music and … together dismantled Belarus on the shelves.” 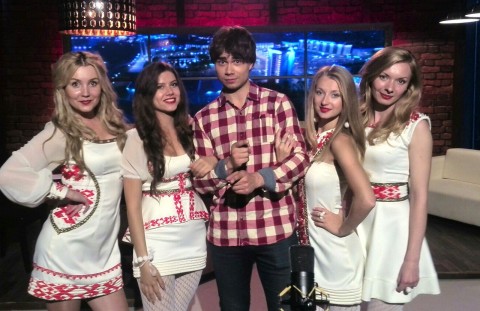