Article in Norwegian, published by 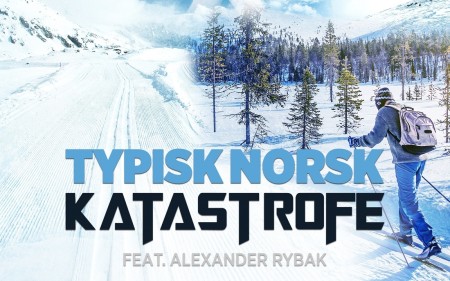 “Petter “Katastrofe” Kristiansen is one of the most streamed artists in recent years. Recently he released the song “Typical Norwegian” where he has been joined by no other than Alexander Rybak, who won the Eurovision Song Contest in 2009 with the song “Fairytale” on fiddle! We caught up with Katastrofe and Alexander Rybak about the new song, future plans and little about Christmas.

Alexander: “Love when people ask me to do a violin “feat”. Always! I have over 800,000 followers on Facebook, and those who follow me know I love every genre as long as it is represented well. Do not like to walk on established paths. The music should be versatile, and as a trained classical violinist I have as a mission to enjoy myself with all styles of music that exists!”

Alexander: “Right now I’m right in my 52 Christmas concerts “Silent Night” that draws full houses, and after the concerts, I sign my book to all children. Beyond that I have next year local major projects in Russia, Turkey and Argentina, as well as a new jazz album that comes out in about a year.”

Listen to “Typisk Norsk” on Spotify! 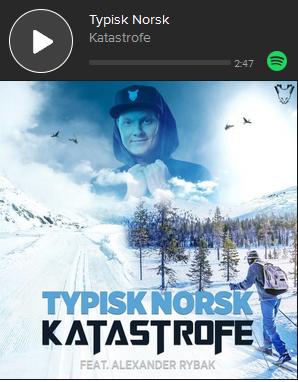 Listen to Norwegian music on Spotify!