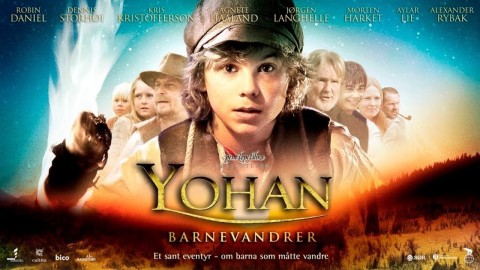 Larry Bringsjord from Lyngdal is proud to release the soundtrack to “Yohan – Child Wanderer” on a double-CD – five years after the film went to the movies.

” I am proud to finally be able to release the music to Grete Salomonsen beautiful film, “Yohan”. It depicts a rather unknown but important era in the history of Norway, and Ragnar Bjerkreim has written music that underlines the strong feelings and harsh living conditions of children migrants in the south, says publisher Larry Bringsjord in MTG Music.

For those of you who do not remember the movie, it was described this way in the press release:

“The social realistic film, Yohan, about the almost forgotten story of children who walked between Western and Aust-Agder to find work and shelter. This happened in the 1800s and until 1910 to 1920.

The action takes place in the inner parts of Agder, Arendal, Kristiansand and in New York. In early April every year during this period went children from small farms in Konsmo, Kvas, Hægebostad and Kvinesdal together in flocks eastward to find work. The children worked with Cowshed, cooking, haymaking, carpentry and herding. Many of them emigrated to the USA when they were 15-16 years old. “

Buy the physical Double-CD at Platekompaniet.no

“YOHAN – THE CHILD WANDERER” on DVD

Alexander plays the small part of a young musician named Levi. The DVD was released in November 2010. Cdon.com delivers the DVD,  worldwide.

A video with Alexander on the Yohan-movie-set in 2009. With english subtitles