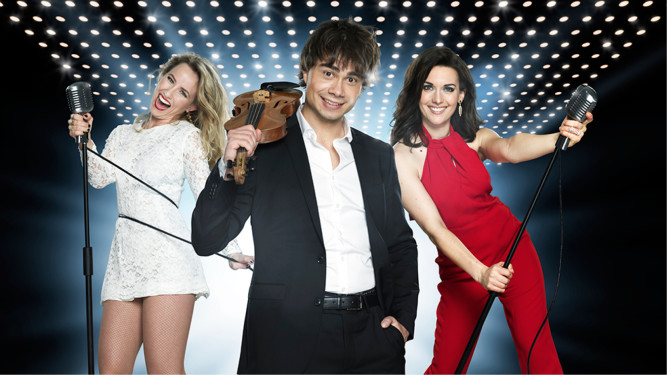 Alexander Rybak celebrates his 10-year anniversary as an artist, with a blasting musical show, which spans his whole career.
In 2006, Rybak won “Kjempesjansen” on NRK. Afterwards, he won the International Eurovision Song Contest with “Fairytale”, the “Spellemann”-award, the “Hedda”-award and several other international awards – and today, he is one of the most recognized and popular artists in Norway.
He will celebrate with music and entertainment from his whole career – and some surprises.
He will offer a Big Band, classical favorites, popular folktunes and his own popmusic – all with humor and energy of international standard.

Rybak has also invited two guests: Heidi Ruud Ellingsen, known from “Drømmerollen” and as Mary Poppins at Folketeatret and Sofie Bjerketvedt, singer and dancer, known as Sandy in Grease on TV Norge and a success in the show ”Diva and the Beast”.

Together, the trio invites to a fresh show, delivered with charm, warmth and sparkling energy

Johan Osuldsen is director and Knut Bjørnar Asphol leads the orchestra of 8.