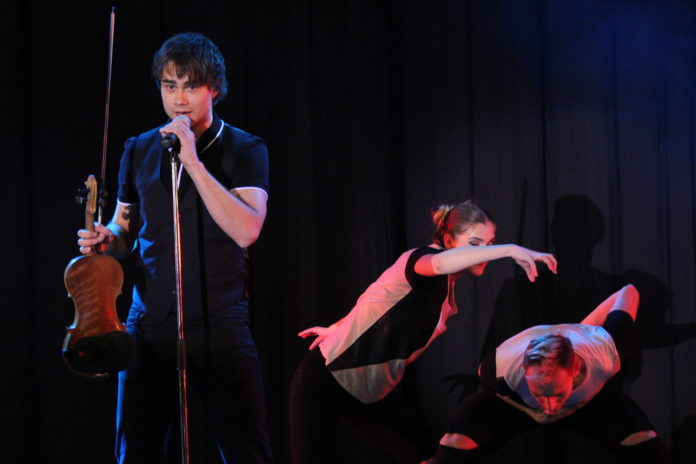 Last weekend, the winner of the 54th Eurovision Song Contest in 2009, Alexander Rybak played a concert in the Czech Republic, where the gathered fans from Polish, Germany, Russia and Norway.

The first visit was a talented violinist in the Czech Republic took place on February 25, 2010 year in the Lucerna Music Bar. At another concert fans Alexa had to wait six years, this time the organization took up Jin Culture. The event was held at the Cinema Vesmír in Ostrava.

The concert began several minutes after 19:00. First, a few songs performed coming from Ostrava, Elis. Eliška Mrázová appeared, accompanied by bassist and cajonistki. After her brief appearance on the scene entered a long-awaited multi-instrumentalist, we all gathered greeted with thunderous applause. He was accompanied by dancers from Lithuania.

For over an hour the show does not run out of songs in English, such as Europe skies, Fairytale, Into the fantasy of a fairy tale How to Train Your Dragon 2, Roll with the wind, OAH if I came to love you. In addition, you can hear: Kotik whether medley eurowizyjnych tracks: Fly on the wings of love, Hold me now, Fångad av en stormvind, Satellite, Hard rock hallelujah and at the end again Fairytale. In addition, the singer sang one song in English in a duet with Elis.

During the entire event was visible professionalism, commitment and the huge amount of energy that Alexander puts in every concert. Fans gathered in the cinema had a great time, a great artist integrates with the audience, particularly through anegdotkom, which constantly throw. The singer was satisfied with the fact that he could again visit the Czech Republic.

Despite the fatigue, he went out to meet with fans – each devote some attention to make a souvenir photo or to sign an autograph.

In Poland, Alexander Rybak performed at a concert – December 7th 2009, ie shortly after its victory in the Eurovision Song Contest. In addition, several times appeared in our country, including in the Name That Tune or Good morning TVN. Let’s hope that he will soon become one of the native scenes, and Polish fans will be able to hear it live. The relationship has prepared a member of OGAE Poland – Sonia Ogrocka.