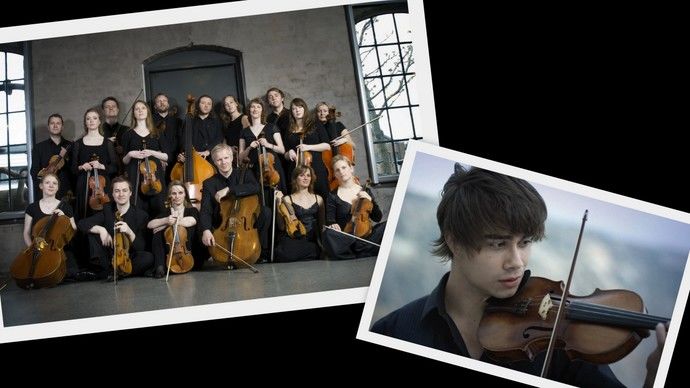 Press-release in Norwegian, published by www.Trollheimsporten.no 31.12.2016

Alexander Rybak is perhaps best known as the, until now, most sovereign winner of Eurovision through times, since he won with “FairyTale” in 2009. But he is much more than that:

Alexander Rybak was born into a musician family in the White Russia. With a mother who plays piano and father who is a violinist. The family moved to this country when Alexander was four years and he has played piano and violin in all time since then. The violin became the main instrument and Alexander Rybak has apprenticed to many and honored attractive scholarships – Like the prestigious music school MeadowMount in New York. They only distribute three such scholarships each year.

He was at MeadowMount summer 2003 and the contrast is great to how he chose to holiday five years later: Then,   Alexander travelled around as a troubadour on the coast here in the county and offered to play house concerts in return for food and accommodation. And it was exactly during this archipelago he wrote “Fairytale”.

Alexander Rybak has won several awards for classical musicians, “Fiddler price” and also “Hedda Award” as the Newcomer of the Year in the Norwegian theater (for the main role in “Fiddler on the Roof”). He is also an author and came in 2015 with children’s book “Trolle and the magic fiddle.”

Alexander Rybak is often on television and only in the last weeks, he appeared with the tribute of Jahn Teigen(TV Norway) and singing “White Christmas” together with Angelina Jordan on “Little Christmas Eve” (TV2).

It is literally a musician who plays on several strings that comes to Surnadal Culture Hall on Friday. Combined with the always solid and agile TRONDHEIMSOLISTENE and local touches this becoming an New Year’s fireworks that lit up the things of winter darkness.