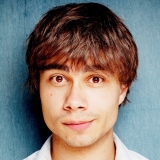 You may have heard hurtful comments from “real artists” that DJs do not need to do other than pushing buttons. To be honest, I may have said something similar even in a couple of occasions, writes Alexander Rybak.

The truth is that most of us say such things most because we’re a little bit jealous.

Grammy awards are just around the corner, and tradition are the artists much more excited than most people about who will win what (although I’m most excited about who wins the viewers record: “Every time we meet” showing celebrities who praise eachother, or “Spellemann” showing celebrities who praise eachother). But this year it is still perhaps a little more exciting than the past few years, for those who have followed our music year 2016.

It was easy to rack Nico & Vinz ‘triumph Expedition in 2014, it was easy to rack miracle Kygo last year. For no matter how strong competition they may have, no one could compete with the phenomenon of these artists created by the social media world. And when the music as well was beautiful and original, so it was only them it was about at the awards ceremony.

But this year it’s a little harder. “The problem” for the jury this time is not that no one stands out sufficient enough to take a “walkover”. The problem is that there are so many that stand out! It is simply a record number of Norwegian artists who have had supernatural international success in recent years! There has probably never been a lack of musical talent in Norway, but the talent management has really become indescribably much better over the past decade. And in 2016, it has really escalated.

My goal is not to mention all the artists I think should win ( “No one mentioned, no one forgotten”), but it’s hard not to draw attention to you EDM artists. Or is it “DJs” I have to say?Or “tropical dance artists”? It’s like with metal music; I feel a little uncomfortable to not knowing the difference between the 100 different genres. Anyway, there are DJs and Electronic Dance Music (EDM) that have the greatest influence on the music world today! Included in Norway, in the highest degree. And I say in the best sense.

Back to what I started with: There is a reason why there is so much envy against you EDM artists. You have achieved something that many artists, songwriters and composers dreams; it getting exposing their music without always having to front the the, concert after concert! Regarding the undersigned as I have often written music where I thought “if only I could have performed this live without me and my violin and my voice will take focus.” And that is precisely what EDM artists are getting into.Bravo!

Instead lets you vowel be performed by a “guest”, which in my eyes makes you into something even bigger. Now you’re not just artists and composers, but also talented managers. Okay, so there is room for improvement: If one compares the YouTube title “Blackout” (Julie Bergan) and “Faded” (Alan Walker), we hear the same successful cooperation between producer and artist on both tracks. But why then is not Iselin Solheim who sing just as well as Bergan, with the title of “Faded”? And in the same way: Should not according to all logic, at least, called “Julie feat. Kid Joki “(as the producer)? This has of course with seniority and popularity to do, but I still believe in a little more equality in the future.

For apart from this little imbalance, it’s so much good you EDM manufacturers make music community, not least to inspire young people to believe in their abilities! As classically trained violinist I have seminars with children where I teach them to cultivate their talents and practice steadily. But who ever said that you can not have fun at the same time, and explore new genres? VG Stein Østbø wrote that the jury for Spellemannprisen will hardly let a “kid bedroom DJs” bring home the win for the second consecutive year. “Boy Roms DJ”? Was not Mozart very much a “kid bedroom composer”?

But I understand Østbø his point: In democratic Norway, we think it’s fun to cultivate versatility (also in music, thankfully), and when Kygo deserved was “the Year Grammy,” it is perhaps a little harder to give this year’s award to another EDM -artist.And it’s a crappy situation, because several new manufacturers is worthy Spellemannprisen. Alan Walker’s “Sing Me To Sleep” mixed beautiful classic funksjonsharmonikk with a pioneering sound, while SEEB its “Breathe” is simply the most beautiful composition I’ve heard in a long time, regardless of genre. I hope you both will be honored properly during the ceremony, but let us remember that this is primarily just a nice evening!

For this had been a mathematical calculated competition, then it’s undoubtedly Kygo that would have been the undisputed Grammy this year as well. But how much fun it would have been if the rules were so? No, it does not surprise me if the jury this year focuses more on classical artistry and charm, and then no one can compare with the homage both Astrid S and Aurora have been abroad, his music just as much as their winning ways .

But then there was the election agony again, then … And then it might be just as nice if necessary to cheer the youngest Spell Men Marcus Martinus? As in a class by itself.

Or wait, is not IT also EDM?