Article in Portuguese, published by EscPortugal.pt 04.04.2017 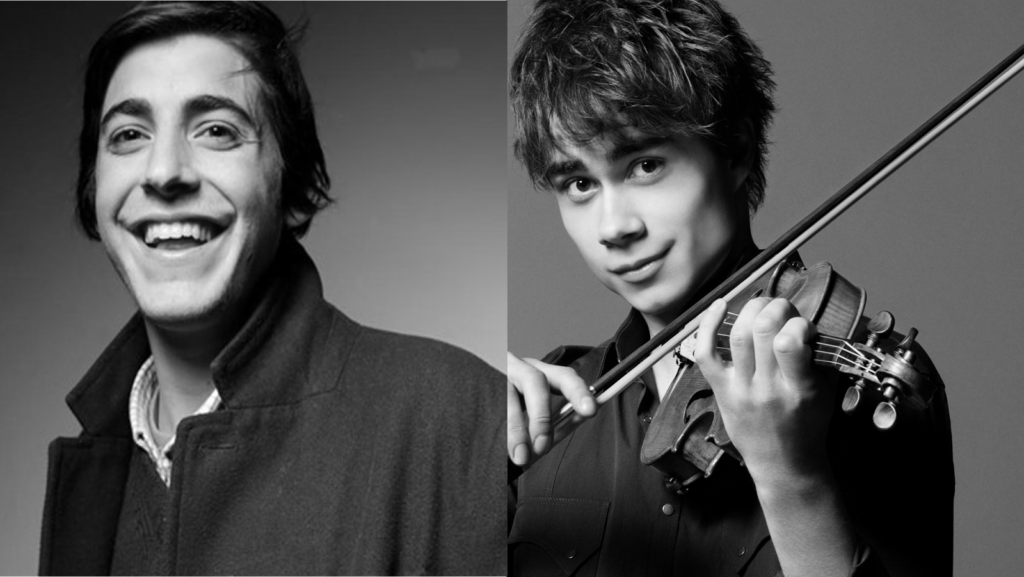 Alexander Rybak won the Eurovision Song Contest 2009 for Norway. His song “Fairytale” reached 387 points, 169 points more than the song ranked 2nd – the biggest one-time difference in the entire history of the contest.
This afternoon, the singer took the initiative to speak about the song “Amar por dois”, written by Luísa Sobral for the voice of Salvador Sobral at this year’s Festival, writing the following on his official Facebook page: 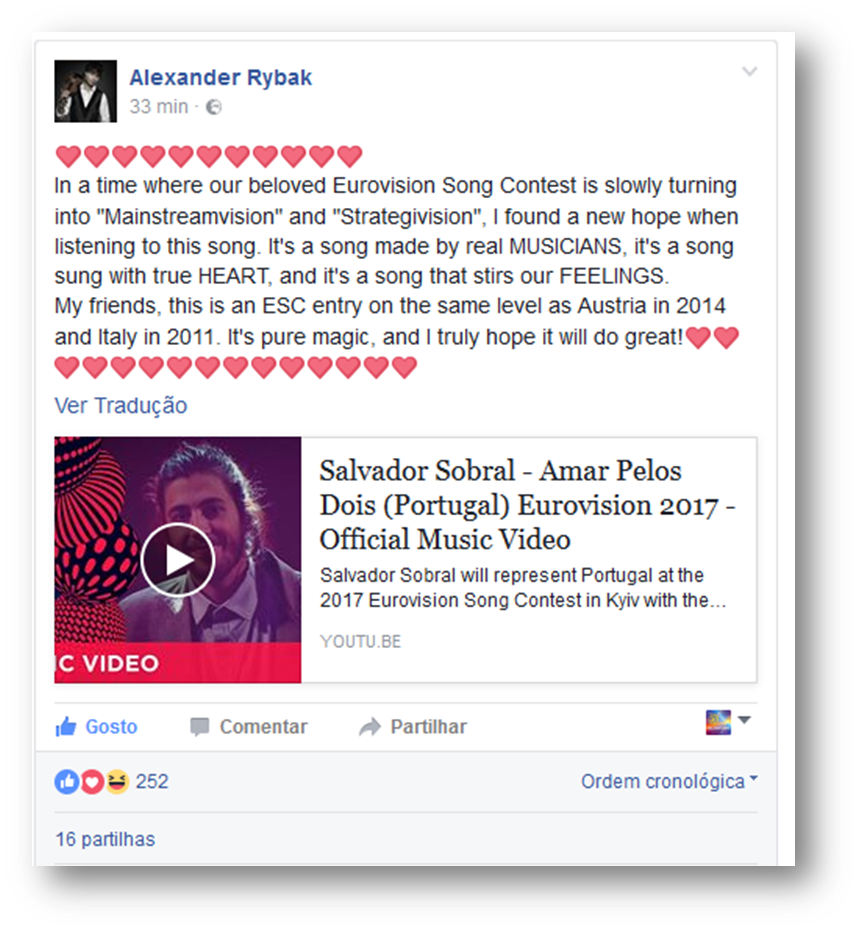 At a time when the priorities of “our beloved Eurovision Festival” are mainstream strategies and songs, Alexander Rybak found “a new hope” when he heard the Portuguese representative song at the 2017 Festival.

“It’s a song made by REAL musicians, Is a song interpreted with the heart and is a song that stirs our feelings, “ wrote the musician who won Eurovision 2009 for Norway. Rybak ends by stating that “Love for Two” is at the level of the songs of Austria 2014 and Italy 2011. It’s pure magic, I sincerely wish it had a good result. “

Remember the participation of Alexander Rybak in 2009 and the official video of Salvador Sobral in Eurovision 2017: