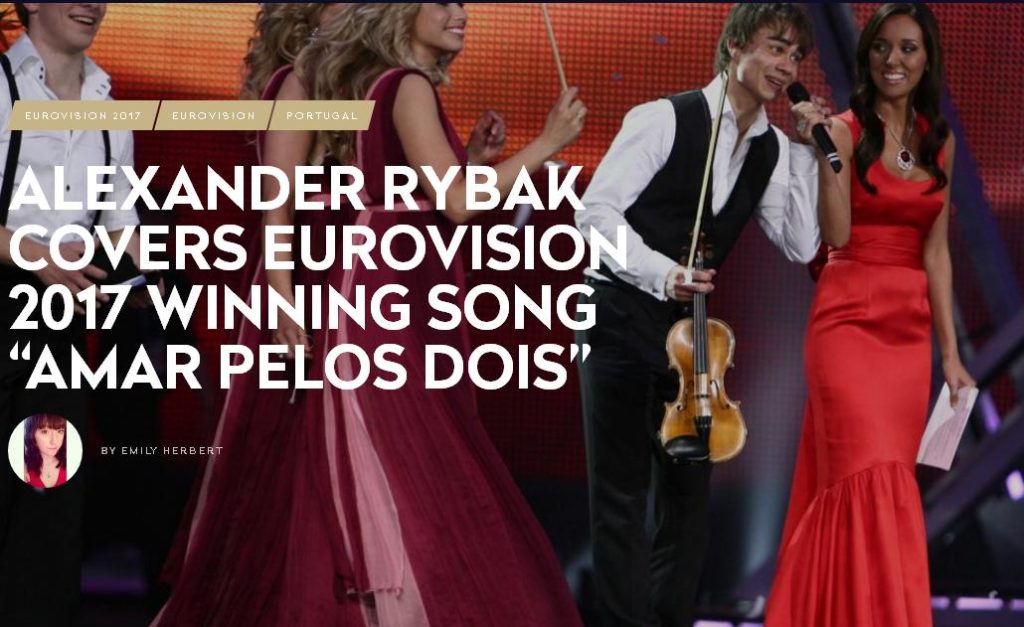 Alexander Rybak has released an unofficial English lyric cover version of the 2017 winning Eurovision entry “Amar Pelos Dois” by Salvador Sobral. Portugal won the contest for the first time in fifty three years last night, and the Norwegian winner of Eurovision 2009 Alexander Rybak released the cover today. This follows his post a few months ago backing the entry and expressing that:

“In a time where our beloved Eurovision Song Contest is slowly turning into “Mainstreamvision” and “Strategivision”, I found a new hope when listening to this song. It’s a song made by real MUSICIANS, it’s a song sung with true HEART, and it’s a song that stirs our FEELINGS.
My friends, this is an ESC entry on the same level as Austria in 2014 and Italy in 2011. It’s pure magic, and I truly hope it will do great!”