Read Original Article Here – With more photos from the play 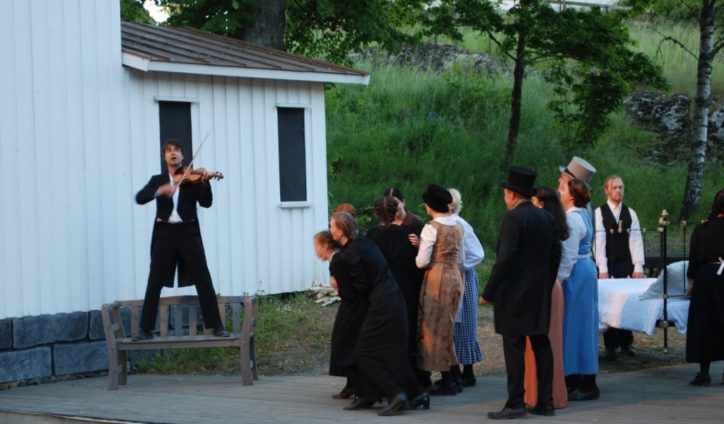 Alexander Rybak has no prominent role, but when first he grasps the fiddle, there will be music that keeps the audience breathless

The third season of the Soot game goes towards the end. Sunday 2nd of July it’s over for this year.  So far, all performances have been sold out. But Saturday and Sunday it is possible to secure a seat.  Run and buy!

For our district, Engebret Soot is an extremely important man. The soot game shows the life story of this genius.  Soot may not be the most famous from history books. It’s a little strange after watching this show.  Engebret Soot was a strong man with a lot of pace, big dreams and a violent belief in himself. But then he also delivered the goods – in several areas.

Strong main role
Dennis Storhøi plays the role of Engebret Soot, which he does perfectly. Suddenly the audience feels that they know Soot well and really admire him for all he gets.

Thanks to Soot, we had both locks and canals on our edges, which was important and crucial for the transportation of goods and timber. Soot laid the foundation for the society we have along the entire Halden Canal today, including Halden City.

The actors on stage are nothing to say anything about. They have full control throughout the performance. The game offers dance, music, humor, excitement and not least talented actors. Both professionals and amateurs.

A special frame
It will be a very special experience to see and hear the story of the sluices while sitting in the actual masterpiece. Everything is really and close.  One lives in the story.

Halfway in the show, it’s a break. Then the audience has the opportunity to enjoy both Aursmark’s noble drops, tastings from Matfatet, Fløtærøl and many other exciting temptations.  And of course, enjoy a nice chat with famous and unfamiliar in the new and inviting market area.

This year’s Soot game goes into the series of big public successes in Summer Island. Director Anneli Sollie can once again breathe out.  She has done a brilliant job.  Along with the entire ensemble and everyone working in the scenes, she can meet the rest of the summer in the knowledge that the Soot game has come to be. 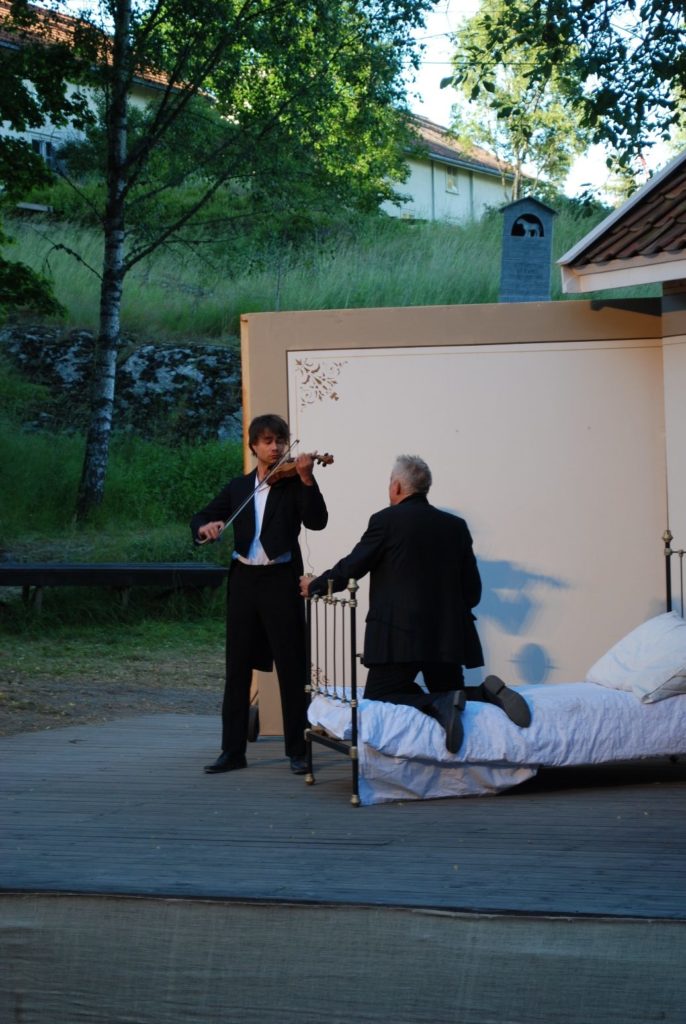 Engebret Soot looked up the superstar of those days – Ole Bull – and made him play for him at a hotelroom in Oslo – in the middle of the night.