Article in Norwegian, published by Spaniaavisen.no 16.09.2017 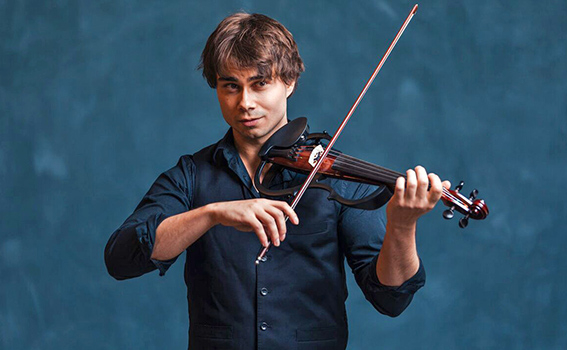 This year, the organizers of Spanish-Norwegian days beat the big drum and offer star artists like Arve Tellefsen and Alexander Rybak.

The organizers Siegmund Watty and Erland Dalen are looking forward to inviting the audience to a new edition of Spanish-Norwegian Days, which celebrates the 15th anniversary this year.

– The official opening will take place at Casa de Cultura in Alfaz del Pi Monday, October 23 at.20.00, Watty states. During the week, the audience will be able to participate in a lot of different events, such as concerts with young Norwegian and Spanish prize winners and local pop singers in addition to concerts with young classical musicians from Spain and Norway. There will also be exhibition opening with photographs by Marixa de Altea and Terje Enge. Not to mention Bokbad with Vigdis Hjorth and Kirsti Baggethun.

He expects that there will be a full house at the concerts Spanish-Norwegian Days offer with Arve Tellefsen and Alexander Rybak.

“Because of the great interest we have decided to sell tickets on the internet (www.spansknorskedager.com ) this year. This starts on September 15th and only applies to the concert with Arve Tellefsen on Thursday 26th of October, and the concert with Alexander Rybak on Saturday 28th of October. Both take place in Casa de Cultura in Alfaz.

Watty can tell that especially the international fans of the Grand Prix winner Alexander Rybak have been very keen and active on the Spanish-Norwegian Days facebook page lately and many of them plan to go to Alfaz del Pi just to join at the concert to Rybak.

“It’s mainly for them that we have decided to sell tickets on the internet before the regular ticket sale will start in a few weeks. But we expect many others to take advantage of this opportunity. It is enough to secure tickets for both the Tellefsen and Rybak concert in advance, as it may be difficult for the place.

The date of regular sale to all measures is not yet fully resolved, but will start no later than Monday, October 2nd.

– We will announce the exact date via the media and our Facebook page Spanish-Norwegian Days if not too long. Here you will also find the entire program.

Spanish-Norwegian Days will use all the regular ticket sales venues they have used for many years, including Casa de Cultura Alfaz del Pi, The Norwegian Club Costa Blanca, The Norwegian Bookstore and Pavarotti. Tickets will also be sold in Villajoyosa at Vinos Handeland in the jubilee year. You can also buy tickets at the entrance of each event.