Text & Photo from article in English, published by Good-evening-Europe.dk on 30.09.2017

Full Video-Playlist from the Eurovision Cruise

Picture-Gallery from the Eurovision Cruise 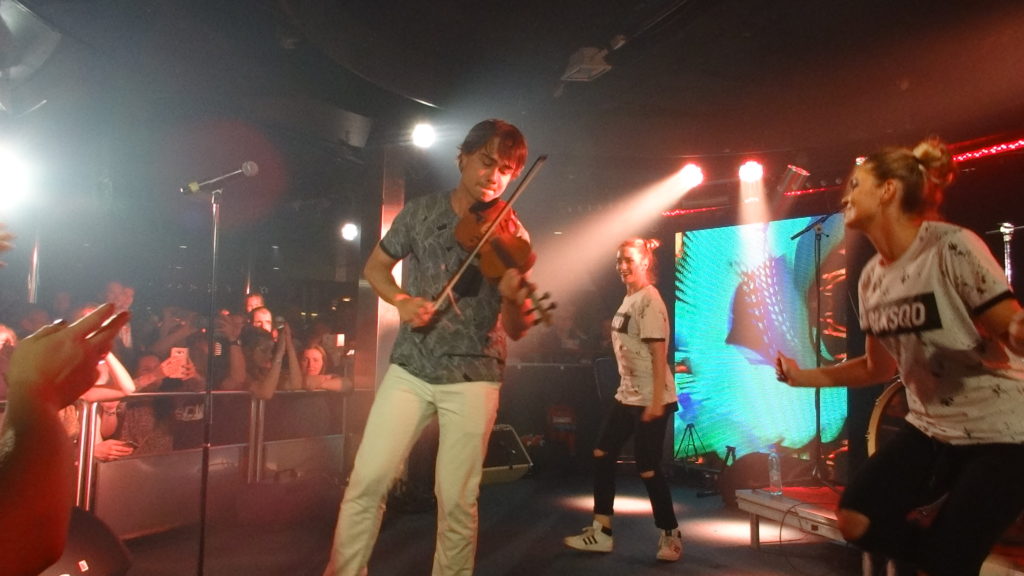 The first weekend of September has become a tradition to many Eurovision fans to join the Eurovision Cruise, sailing from Helsinki to Tallinn and back during 22 hours. This being already the 8th edition, this year the cruise had an impressive set of artists: both former Eurovision winners and 2017 contestants.

While Tallink’s M/S Silja Europa took off, hundreds of Eurovision fans onboard got ready for a wonderful evening. It was easy to get to the mood when Eurovision songs were played everywhere as a background music. Fans could also enjoy a Eurovision karaoke early in the evening. The host of the evening was the fabulous Kaisa Pylkkänen, and the first performers were the group Dance Factory.

The man and the violin – Alexander Rybak

The last artist of the night was Alexander Rybak, who won the Eurovision Song Contest in 2009 for Norway with the largest number of points ever given (387 points) during the voting system in use between 1975 and 2015.

His winning song “Fairytale” has already become a kind of Eurovision evergreen, so it was fantastic to hear the song on the cruise. The audience could sing along to his other songs as well, even the Russian-language “Котик” (‘Pussy’).

I Dovregubbens Hal (In the Hall of the Mountain King)

If You were Gone

Roll With the Wind