Wiwibloggs: Get Fiddle with It! Alexander Rybak pays homage to all the Melodi Grand Prix 2018 artists 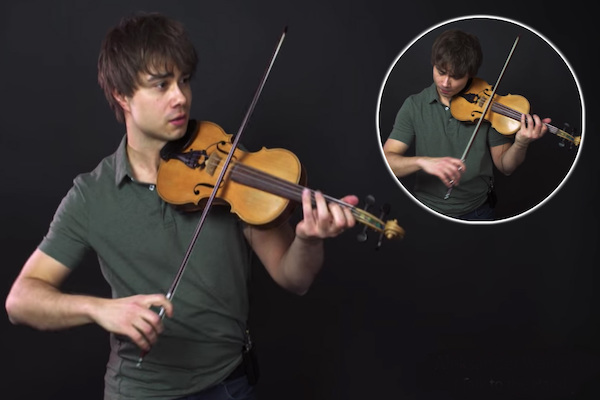 Get Fiddle with It! Alexander Rybak pays homage to all the Melodi Grand Prix 2018 artists

In 2009 he earned the highest tally of points ever under the old Eurovision voting system, and his winning song “Fairytale” topped the charts in Norway and beyond. And this weekend Alexander Rybak returns to Melodi Grand Prix for another shot of victory.

But Alexander knows that NRK MGP isn’t just a competition. It’s also about sharing special moments with his fellow singers and showing that Norway has a lot of talent Europe needs to pay attention to.

So, in honour of that, he’s recorded a fun fiddle tribute to each of this year’s acts, showing off his skills with the strings, his lip-syncing ability and even some of his best dance moves.

Speaking exclusively to wiwibloggs, he explains:

“Our message, along with [previous MGP winners] Stella and Aleksander Wallman, is this: Just like in sports, you should continue to shoot for the stars! I hope by participating, we will inspire people to follow their dreams, without the thought of ‘I’ve probably had my ration of happiness’. If you truly believe in something, use all your fibers in your body to spread the message!”

Many people have wondered why he would return to the contest and compete with emerging stars after experiencing so much success as a performer nearly a decade ago. After all, Rybak has entertained large international audiences in nearly 50 countries, won the Hedda Prize, picked up Russian Grammy Awards and collaborated with DreamWorks Animations.

“People who don’t like my music will still not like my music even if I win Melodi Grand Prix again. Likewise, people who enjoy my music won’t stop enjoying it after I lose. And people who say ‘this is too far from Fairytale’ are the same ones who would shout ‘one trick pony, this is is nothing new’ if I made a ‘Fairytale 2’.

There is no doubt that this cover video is also about the fans. Many Melodi Grand Prix enthusiasts often have several favourites. This medley brings them all together with a violin twist. Distinctly Rybak in style, yet spanning all entries, this is the one-stop shop to catch up on MGP 2018.

“I love surprising my YouTube subscribers, and I’m always trying to do something unpredictable. When we really have the coolest line-up of artists and songs in MGP history, I wanted to make an ‘homage’ to all their songs.”

“And at the end of the new video, I’m begging people not to spread hate. It is always easy to write 10 pages about an artist you would ‘hate to see winning’, but it’s so much more important to just write a few words instead, about the artists you are rooting for. I think my fans have been very nice to the other artists this year, it’s a PARTY and I hope my new video symbolizes that.”