Article in Russian. Published by Teleprogramma.pro 19.04.2018 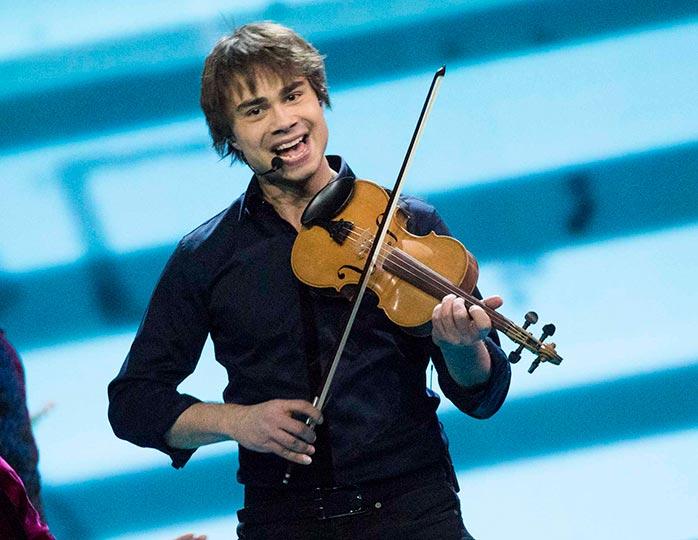 INTERVIEW. Eurovision-2018 participant Alexander Rybak: “If I justify myself, people will find new dirt about me”

The singer won the contest nine years ago and intends to return triumphantly.
In 2009, all Europe was buzzing: Alexander Rybak from Norway’s Oslo (and a little more from Minsk), a radiant boy with a violin in his hands, won the Eurovision song Fairytale (“Fairy Tale”). He doubted the legitimacy of his victory was not: 387 points during the voting became an absolute record. After the victory, he recorded the album, drove with a tour of Europe and even participated in the Russian TV show ” Minute of Fame ” and ” One-on-One .” What with him now, as an artist again skidded to Eurovision and how he reacts to rumors about his non-traditional orientation, learned the magazine “TV program.”

– Alexander, do you miss the competition?

– In general, I rarely think about the rules of show business and formats. So “Eurovision” for me is an extra reason to speak. Just really like to sing, play the violin and compose. All his life he liked to share music with people, and for me it’s much more important to distribute music, and not to spread myself.

“But why again from Norway?” In Belarus, do not be offended?

– I participated in the selection in Belarus for Eurovision-2015 and did not pass (in fact, Milky’s girlish band participated in the selection, the song for which Alexander wrote, he took part in the creation of the collective and was upset when the jury did not support the girls, on the duet of Uzari & Maimuna, who did not qualify for the Eurovision final, went to the competition.) – Authors. 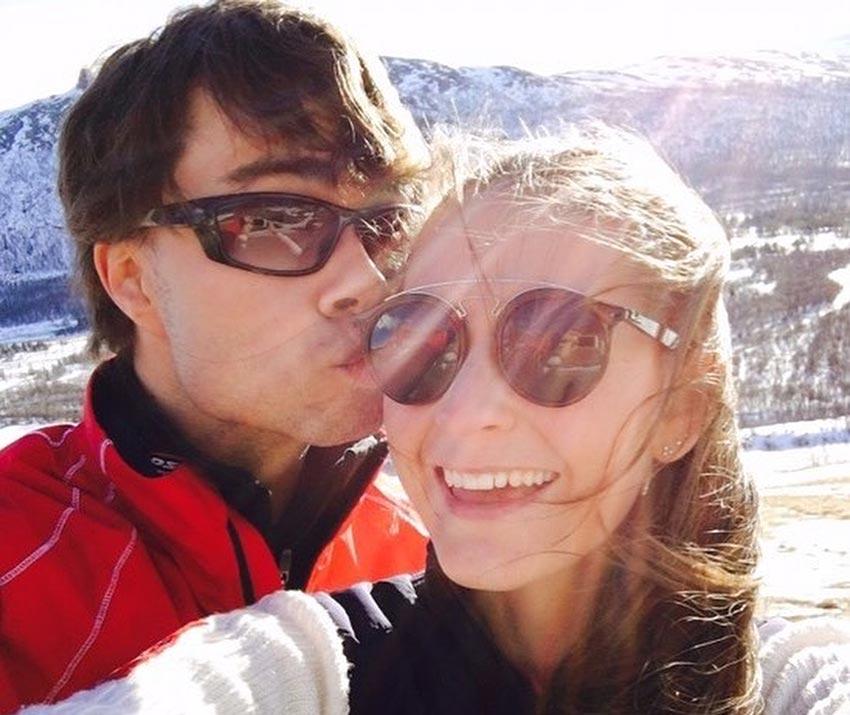 IN 2009, RYBAK WON THE EUROVISION SONG CONTEST. NOW HE IS READY FOR NEW VICTORIES, INSPIRED BY A MUSE CALLED JULIE (OR JULIA IN THE RUSSIAN MANNER). VALENTINE’S DAY COUPLE SPENT IN THE MOUNTAINS. PHOTOS: INSTAGRAM.COM

– “And then I understood two things. First, in the Belarusian selection, the jury’s assessments weigh more than the people’s vote (in 2014, the vote was determined by seven votes of jury members and one by the audience – this method is used by small countries in Europe to exclude a technical victory. The jury is summed up with the votes of the spectators, which are represented by the “Eurovision” system – from 1 to 12. – Author). And the second: people do not remember my losses, remember only victories.”

– And still now your trip is a big risk. You go to Lisbon in the status of the current winner, and if there is a defeat, the champion belt will be lost.

– I have such a message in the song: you need to believe in your talents and write down all your ideas. If I help at least one person to believe in themselves, I already won. And to be honest, people who envy me and hate my music will not stop doing it, even if I win. And vice versa: those who follow my successes and love creativity will not stop following me, even if I fail on Eurovision.

– How is the contest number prepared? Will you play on real or imaginary violin, as during the number in the national selection?

– We work on the details, but the meaning will remain the same: I show people how easy it is to create a song, if you believe in the first steps (that’s why I start without a violin and just fantasize). 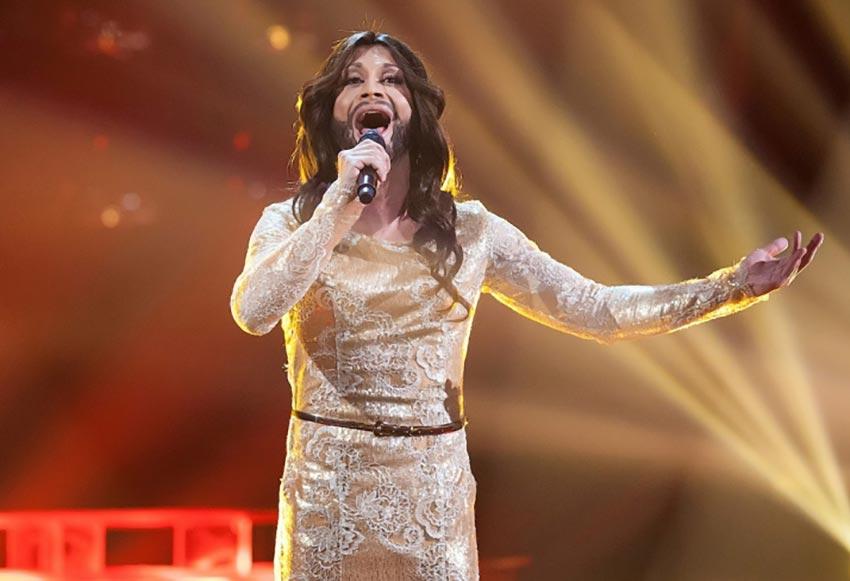 Alexander Rybak, One to One, Conchita Wurst

IN 2015, RYBAK TOOK PART IN THE REINCARNATION SHOW “ONE TO ONE”. THERE HE PRESENTED A WHOLE GALAXY OF FEMALE IMAGES, INCLUDING CONCHITA WURST, THE WINNER OF EUROVISION-2014. PHOTO: CHANNEL “RUSSIA 1”

– I remember, in the show “One-on-one” you showed Konchita Wurst, who won “Eurovision-2014”. What did you feel when you changed into a woman’s dress?

“Ah ha ha, I just put on this dress – that’s all.” It is better to see how I in the plastic make-up sang in the image of Lyudmila Ryumin’s hit “Ah, Samara!” I worked over this number for days! Well, Gloria Gaynor, too, was not easy. I approached this show with great respect. 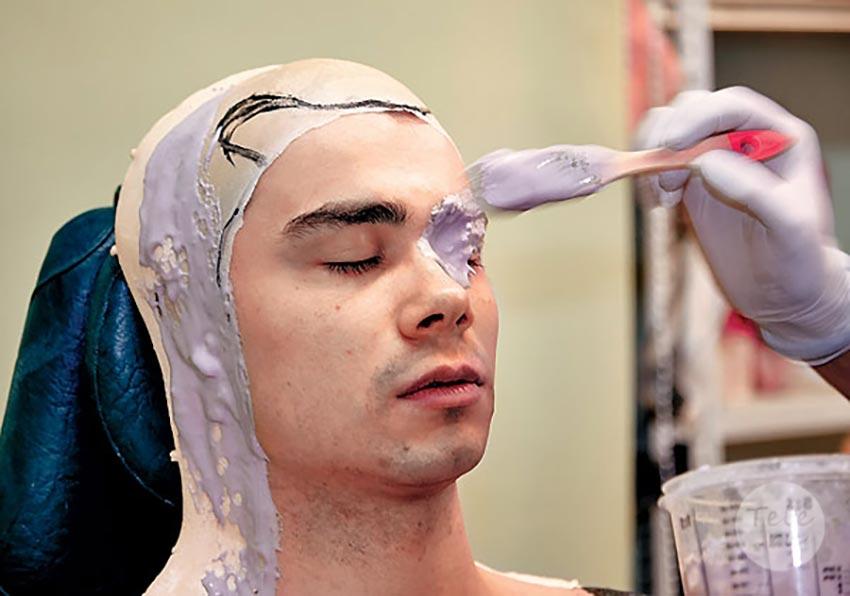 Alexander Rybak, One in One PHOTO: CHANNEL “RUSSIA 1”

“In order not to break, it’s important to rest alone”

– Where do your parents live now?

– Firstly, I am very happy that my parents are still together! It was not easy to move from Belarus to Norway – my father went first, then we came with my mother. Parents are inseparable for more than 30 years. And this adds a lot of strength and joy to me. Secondly, I rarely visit them, although I live only 40 minutes from them. My apartment is in the center of Oslo, and they live on the other side of the fjord, on the peninsula – there goes a ferry.

I travel too much and touring with projects. I hope that in a couple of years this will calm down. Family is very important for me! For example, before the selection in Norway, I flew to Belarus to just stay with my relatives (the grandmothers of the artist, sister and niece live there). Especially freed these days from meetings. Sometimes you just need to stop and breathe.

– What do you remember most often from Belarusian childhood?

– Sorcerers (patties with peppered meat filling – Auth.) And songs in a minor. The music was native, non-fake, with no effects and with a soul. My parents taught me how to play the violin and piano. And no matter how producers and radio stations want to turn me into format pop music (I’m not against it, but it’s just not mine!), I’ll never forget my classical roots.

– What does your life in Norway consist of: bicycle, fitness, fishing?

– I try to lead an easy way of life – with my family, girl and friends. In show business it is very easy to lose support, to become a star. My friends help to lead a normal, not stellar life. We go to the theater, play FIFA (football video game. – Auth.), We go for a walk in the mountains. It’s also very important for me to rest alone, so as not to break out on people. I try to rest alone, read books and philosophize. For me, the greatest sorrow is to stop suddenly being grateful friends and family. 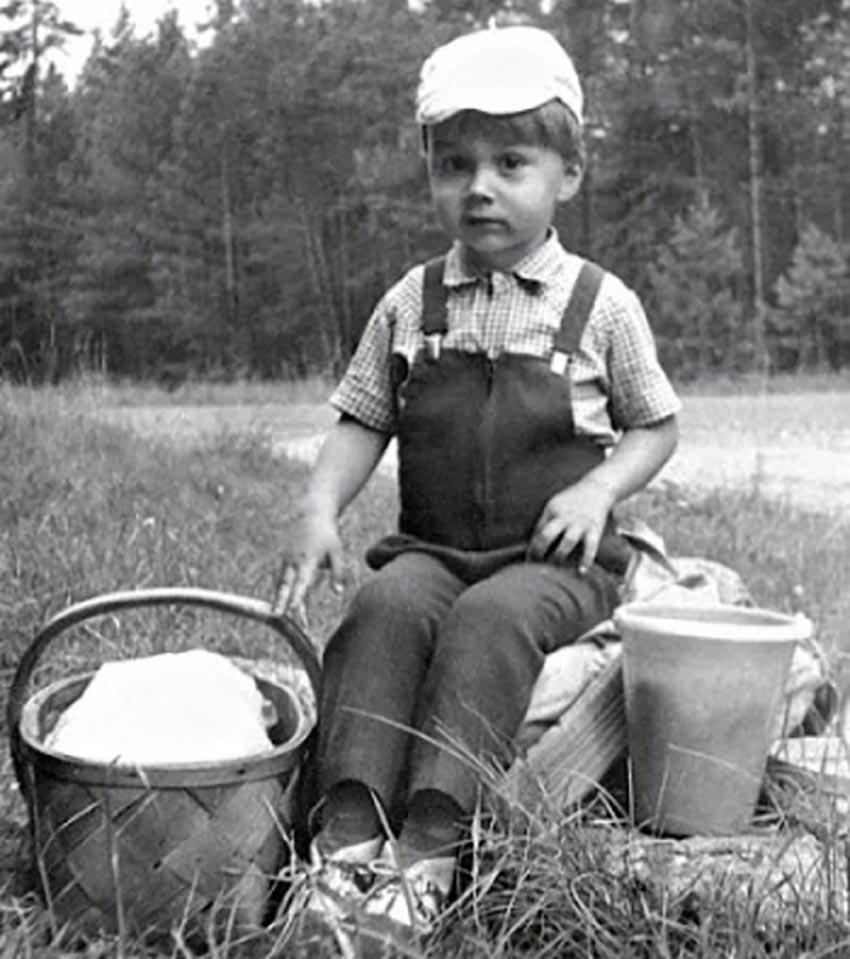 Alexander Rybak, children’s photo BUT SASHA IN A TYPICAL BELARUSIAN ENTOURAGE – A FOREST, A BASKET WITH PREY AND BELOVED PARENTS BEHIND THE SCENES. PHOTO: PERSONAL ARCHIVE

“You mentioned the girl.” One of the favorite entertainments of secular reporters is to marry Alexander Rybak …

– For this, I feel you need a separate interview (laughs).

– Then so: you admitted that the victorious Fairytale song was dedicated to the former girl Ingrid Berg Mehus. After that, you said that you suffered from parting for five years. Now this wound has dragged on? And how do you see an ideal relationship?

– Ideal relationships are only in youth when we are children. And with experience I want more and more to just be friends with a girl: to please surprises and just not to offend. I do not climb into other people’s business and not against married couples, because my parents are married and happy. But we live in 2018, the time has gone far ahead, now the person has access to almost any information. At such a time, we can choose whether we have children or not, regardless of traditions or stereotypes. In his personal life, it is better to find his way, even if no one used this road before.

– Since the last victory in “Eurovision” 9 years have passed. How has Alexander Rybak changed during this time?

– I began to show less in public. Red tracks and after-parties (parties after some event. – Ed.) Are not for me. And I tour a little less often – it’s because of health and poor immunity. Less and less often I agree to participate in projects, if I feel that this is not mine. But I had more time to accomplish my favorite ideas. For example, I made a cover version of the hit Eurovision-2017 winner Amar Pelos Dois (“Love for Two”) Salvador Sobrada from Portugal: wrote a violin part, arranged and sang. Participated in the show “One-on-one”. I wrote a song for the cartoon “How to Train the Dragon-2”. The clip “Cat”, shot two years ago, has already scored 86 million views. And I’m very happy about that! After all, I achieved this all without the huge investment of money and without the help of influential producers. So I’m glad to say that I’m not an artist of one song.

– You live in Norway, were born in the USSR, speak Russian. How does Europe feel about Russia? Are you discussing sanctions, boycotts and terrible Russians?

– About sanctions, I will not, but about Russia I’ll say this: all smart Scandinavians understand that Russians have changed in recent decades. Stereotypes, which are customary to speak at the mention of Russians, no. They are destroyed thanks to highly intelligent Russians from different spheres of life who do and say many right things and represent Russia in the best possible way. Believe me, Europe respects Russia more than the Russians suggest.

– There is in your Instagram a recent photo from Beverly Hills, a famous city in California. What did you do there?

– Resting. I really like being a tourist in the USA. They recognize me less than in Europe, and it makes it easier for me to rest. I even refused to go to the Oprah Winfrey show when I was invited to be a guest. Because I do not aspire to become famous in the United States. Oh, and I also love roller coasters!

– And nine years ago, and now you look fit and sporty. What is the basis for your diet?

– I just got lucky with the metabolism, honestly! Well and still I often worry before performance. Apparently, the nerves burn unnecessary.

– The Russian press does not spoil you – and what only we did not read about you. That because of the low fees you refuse to come, what to drink is not off, that girls prefer boys. What is the truth of it?

– Yes, after my victory at Eurovision, they wrote about me a lot of dirt. About fees, alcohol, about what I once said “I’m gay” at a party. I think if I justify myself now, the same people will find a new dirt about me. What can you do, it’s Russian show business, but I endure, because I love to do creativity. In life, you do not always have to choose – this is smaller, and the bigger one. Therefore, I am responsible only for myself and for no one else.

Private bussiness:
Alexander Rybak was born on May 13, 1986 in Minsk in the family of violinist and pianist. When he was four years old, his father was invited to work in Norway. So Igor Rybak left for Oslo. At this time Alexander studied in Minsk. Then the Fisher family finally moved to Norway, the city of Nesodden (a suburb of Oslo). There Alexander graduated from the music school, until 2009 he studied at the conservatory. He toured with his father, participating in the musical of the Norwegian band A-ha under the direction of Morten Harket. In 2006 he won a competition for young talents Kjempesjansen. A star hour for Rybak was a triumph at the song contest “Eurovision-2009”. Was filmed in several Russian TV shows. He works as an accompanist in the symphony orchestra “Ung Symphony”. Not married.