TUT.BY: “There are not so many negative people, but they shout louder than others.” Alexander Rybak about Eurovision 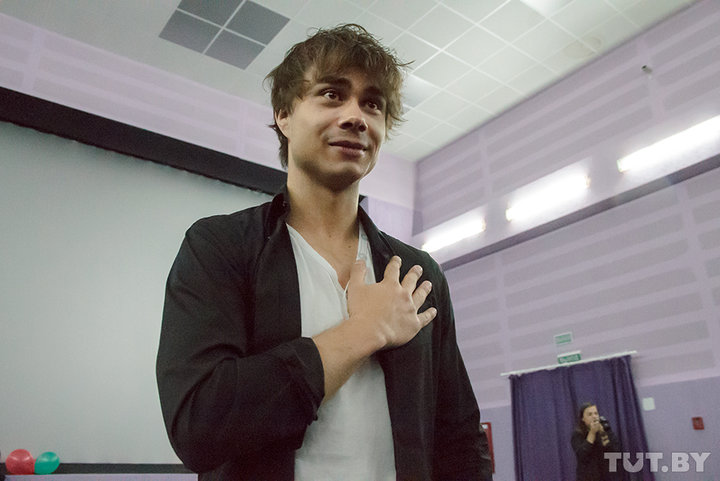 “There are not so many negative people, but they shout louder than others.”

Alexander Rybak on the “Eurovision”

After the victory at Eurovision in 2009, Alexander Rybak promised himself: never again. But nine years have passed and he again goes to the competition. Again from Norway. Why does he need it, how do Norwegians relate to his Belarusian roots, under what conditions would he become a participant from Belarus and make himself a “native citizen”, Alexander told TUT.BY in an interview.

If you believe the information in Instagram, a month ago, Alexander was gaining strength in California. Now in the schedule of Rybak concerts and crossings. Ahead – a lot of work, because in the ambitious plans again is the point “once again win at Eurovision”.

What’s the point of vacation if you’re not documenting your every step! 😅 #seeyousoon

– Why does an artist need Eurovision for the second time? With the first it is clear – to declare itself on the European stage. But why the second, if you are already a famous artist? Or this fame is not enough?

– When I said: “Never again,” I did not think that I would have such an important message to my fans and I would like to share it on the stage of Eurovision. Last time my song was about me, this time it’s about everyone else.

The song “That’s How You Write A Song” has an important message. It consists in the fact that it is not necessary to follow the “modern trends” in writing songs, if this is not entirely yours.That is, of course, it would be great to create a radio-Hit, ideal for rotation in 2018, but you can not punish young people for non-standard thinking, and my project can be a necessary impetus for their development. You have to believe in yourself and develop your talent, it’s worth going to your goal, no matter what, this is my message.

– Do you have any confidence that this song is suitable for the Eurovision stage? Still, the audience likes to listen more about love, etc. And your composition, if you understand it literally, is addressed to musicians.

– If this confidence was not, would I have started it all ?! Believe me, in addition to the literal text, there is much more to this song. For example, energy.

– The last time you were on stage, a song and a violin. That was enough to win. This time the violin and you stayed, but in the room there was a virtual reality. Who told you this idea and why did you decide to take it for it?

– It was my idea. Artists need to develop, not stand on one point. If this is sincere, and not “PR and chips,” the public will feel. Animation I created to emphasize the meaning of the song: it all starts with small steps!

– Let’s compare Alexander Rybak, who won the Eurovision Song Contest in 2009, and Alexander Rybak today. How do these two people and these two artists differ? What mistakes, misses, I would not want to repeat?

– This time I set a goal: no matter what result I received at the national selection, the most important thing is to be a kind person, to smile around. It does not matter who – the producer, stylist or cleaner. With this thought, I won the selection. With the same purpose, I’m going to Portugal.

We asked how the Norwegians treat Eurovision. Alexander answered abstractly. Even metaphorical.

– Someone said that “taking Eurovision seriously is a stupid thing.” Tell me, should I take the school graduation seriously? This is all individually! For someone, this is another reason to make fun of teachers, for others – the most romantic evening in life. Someone can not stand dances, others come to fight for the crown. At the same time, for those who are seriously ill, this can be the last holiday in life. People just need to breathe and let others breathe too!

– Are you serious about Eurovision?

– I take seriously everything I do, what I touch. “Eurovision” gave me the opportunity to share my music with the whole world. How can this be taken lightly? 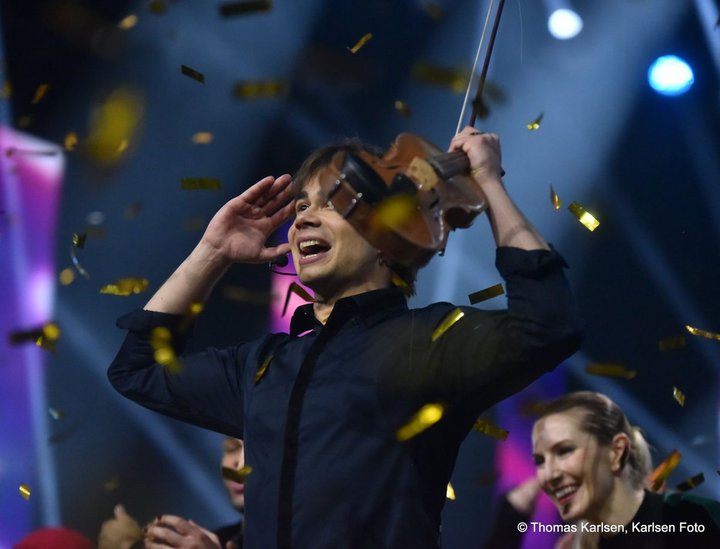 – Representatives of Eurovision are often very much criticized in Belarus. How to speak of their performers are in Norway? Calm, or criticism of their own – is this a supranational trait?

– In Norway, like all countries, there are those who support the artist, and those who actively criticize. When I officially applied in January, I saw everywhere the disapproval of my song.They said that I would be in the last place of the national selection, etc. To read it was a shame, of course, but I did not give up and just worked on the number.

In the end, I won the selection. For me voted 330 thousand  – this is three times more than for the singer Rebeku, who took the second place. Since that day, I realized that there are not so many negative people and haters, they just scream louder than others.

– Were you worried about this criticism?

– This criticism made me stronger.

– In principle, how do you feel about criticism? Have there been situations when you changed something under her pressure?

– When I wrote “Fairytale” and took it to several radio stations in Germany, I was told that this song is not a regular format, it is necessary “to change the beat and remove the stupid fiddle”.Of course, I did not change anything. Later I won the Eurovision Song Contest …

We can not help but ask if Alexander Rybak ever thought about going to Eurovision from Belarus. He said he thought. But first, he decided to understand what the Belarusian national selection is. He studied the example of the Milki group, for which he wrote a song.

– I was interested in understanding everything, understand how the process of selection, voting, understand people’s attitude to me and my creativity, to my ideas and experience. At that time, the jury’s vote showed that, probably, I did not offer what was needed. This concludes all thoughts. I am grateful for that experience.

– If you represented Belarus, what would be the song and number?

– You know, the song for Belarus was already born. And I wrote it for the Milki group. In it the girls sing to the guys that they will always love them and will be true, but their Slavic accent will always remain with them. The message of that song was this: I will not forget my roots. So I wanted to show on the stage of “Eurovision” a modern and beautiful Belarus with its own national color, but you probably know what happened. (The Milki band did not go to Eurovision, and later Alexander recorded a video in which he expressed disappointment with the decision of the jury.) – Comment TUT.BY.)

– Why do you think this idea was not understood and accepted by the jury? The audience liked the number.

– Probably, it is better to ask this question to that jury.

– In 2014 the Milki group did not win. You were very hurt, considering the video you recorded after the selection?

– Today I try not to think about it. Thank you to all who then supported and believed in us.

– Under what circumstances and conditions would you agree to represent Belarus at Eurovision?

– There are no conditions. It would be an honor for me to do this. But first I need to find a song and a new concept worthy of Belarus. I have great respect for the Belarusian culture, everyone knows this.

– You probably know that the singer of Ukrainian origin Nikita Alekseev will represent Belarus at Eurovision in Lisbon. The fact that he is from Ukraine, many Belarusians are embarrassed: in their opinion, the Belarusian artist should represent the country. What do you think about it?

– As far as I know, the rules of national selection do not prohibit this. I hope that the Belarusians will support Nikita, without this support the artist can be difficult. At the same time, I’m glad that people in Norway do not mind that their country will be represented by an artist with Belarusian roots. This is a great happiness.

– That is, in your address of opinions in the spirit of “Norway should represent the Norwegian” was not received? What do you think, why?

– Probably, because artists need to be judged by talent.

– After the victory at Eurovision, an avalanche of attention literally fell from you from the countries of Eastern Europe – Belarus, Ukraine, Russia. How do you estimate – where do you most fans: in Western or Eastern Europe?

– If you look at Instagram and Facebook, I have the most fans in Turkey, America and Germany. But in Norway and Belarus it’s easier for me to work, because in these two countries the audience is familiar with all my musical aspects. 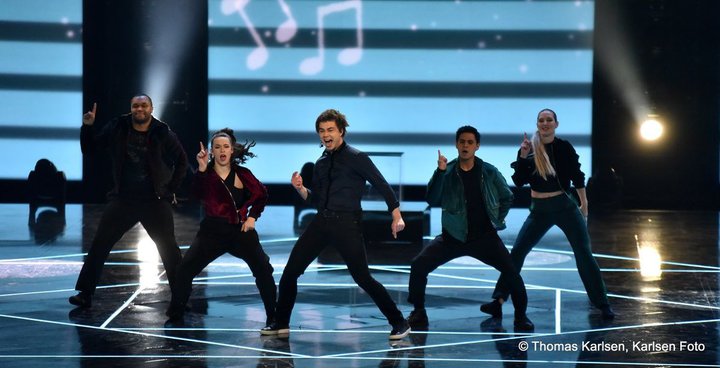 – And with what musical aspects are you familiar with the audience in America and Germany? There you know how whom?

– It will be very immodest – to praise yourself.

– Do you consider yourself an artist yourself?

– World, of course. And I’m glad that the Belarusians began to understand English so well, because I have sotsseti in English. Russian fans are also getting bigger and bigger. In general, I’m glad that the social networks of my fans are connected. For me, this is a great success.

– The question is not the topic. At the beginning of the year, the Belarusian parliament began talking about the initiative to introduce “pasvedchannnyi suaicchynnika” (native citizen)  for Belarusians abroad and those who have Belarusian roots.  Ostensibly in order to maintain a spiritual connection with Belarus. Would you make such a certificate yourself?

“You know, I have not heard anything about this, and no one has suggested such a proposal to me.” I have never ceased to maintain a spiritual connection with the Motherland. In Belarus, I have two grandmothers, a cousin and a tribe. In Belarus, I have a producer with my team, we try to take part in all projects where we are invited. We held several seminars and a master class in Gomel with talented children, made a big concert together. We take part in the “Slavonic Bazaar”, I often come. I am proud to be born in Belarus.

– If you again win at Eurovision, how will this change your life?

– You can not guess anything in advance. I can get closer to victory only if Belarus is rooting for me and living this moment with me. For me it is very important, believe me!

– And if you do not win, will you worry?

– Wait and see. Hugging you!