Metro.uk: Alexander Rybak’s back and That’s How You Write A Eurovision Winning Song for Norway 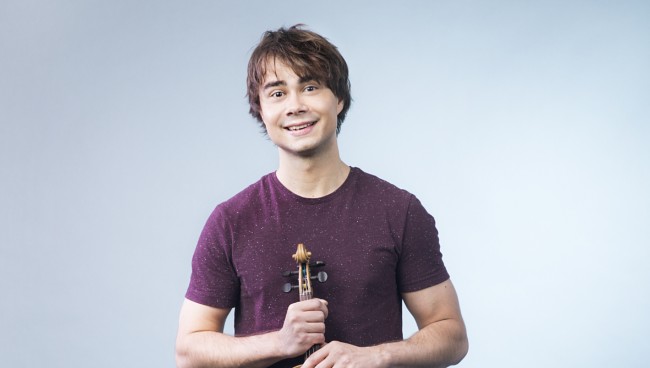 Alexander Rybak could be about to ‘do a Johnny Logan’ in Lisbon (Picture: Eurovision.tv)

Rybak’s back and ready for a Fairytale second Eurovision Song Contest win in Lisbon. With That’s How You Write A Song. His first rehearsal today was slick, fun and it’s taken his Melodi Grand Prix winning performance to a new level.

He opens the second Eurovision Song Contest semi final on Thursday 10 May and this should walk straight into the final. And it’s quite possibly going to walk it there too.

This song works perfectly on the 2018 Eurovision Song Contest stage and the first act of the second Eurovision semi final is going to blaze a path straight to the final with That’s How You Write A Song. Using the same camera projections from his national final winning show, the graphics have been tightened and look great.

The stage lighting of blue and pink works and just as the audience thinks ‘I remember him, didn’t he have a violin last time’, out it comes! Boom.

The song is indeed well written, perfectly for the singer in fact.

The staging is strong, the performance is slick and confident. Alexander is hugely popular in Eastern Europe and is a former contestant on hit Russian show Your Face Sounds Familiar.

He’s well known across Scandinavia and Eurovision viewers will remember his Fairytale winner from 2009. The view in the press centre is ‘I don’t want to like this but I love it’.

If you want to see an impact, the IT and sound technicians in the press centre (who are not Eurovision press or fans) downed tools and stared clapping along and cheered at the end.

There is something special with this entry. It’s what we’ve been waiting for. The dancers and the choreography are young and fresh faced, and Alexander Rybak still looks like a young teenager nine years after winning Eurovision for the first time.

If he pulls this on, he will become only the second artist to win Eurovision twice, matching Johnny Logan’s record set back in 1987.

It might not be the strongest song on paper, but it doesn’t matter.

It’s good enough, and that is how you perform a song! Oslo 2019 is a very strong possibility. He just rolls with it and you can’t help but roll along with it. It’s contagious, toes will be tapping and fingers clicking across Europe next week. Alexander Rybak is back and on the Eurovision attack.

If he does triumph at the 2018 Eurovision Song Contest it will be their fourth victory. Bobbysocks were their first winners in 1985, they won again in 1995 but Alexander Rybak’s 2009 Eurovision victory with Fairytale broke almost every record at the contest. That’s How You Write A Song is likely to become another international hit if it succeeds.

Norway will be song number one in the second Eurovision Song Contest on Tuesday 8 May.

The show will be broadcast live on BBC Four with Rylan Clark-Neal and Scott Mills commentating.