Alexander Rybak will represent Norway at the 2018 Eurovision Song Contest in Lisbon with the song That’s How You Write A Song. He visited the Metropolitana School of Music and gave a masterclass to the students.

If you want to know more about the Eurovision Song Contest, visit https://eurovision.tv

PHOTO IMPRESSIONS: RYBAK ALL ABOARD AT METROPOLITANA CONCERT

ON THE SPOT: LIVE FROM LISBON

Alexander is meeting students of Metropolitana (a music associative school) at the School of jazz Luiz Vilas-Boas in Belem district. It s not about Eurovision today but all about music as Alexander is teacher the music students and choir before an outstanding performance of Fairytale. As a way to thank Rybak, student then give a 1 hour-long private concert when Alexander is asked opinion and advice after each performance. 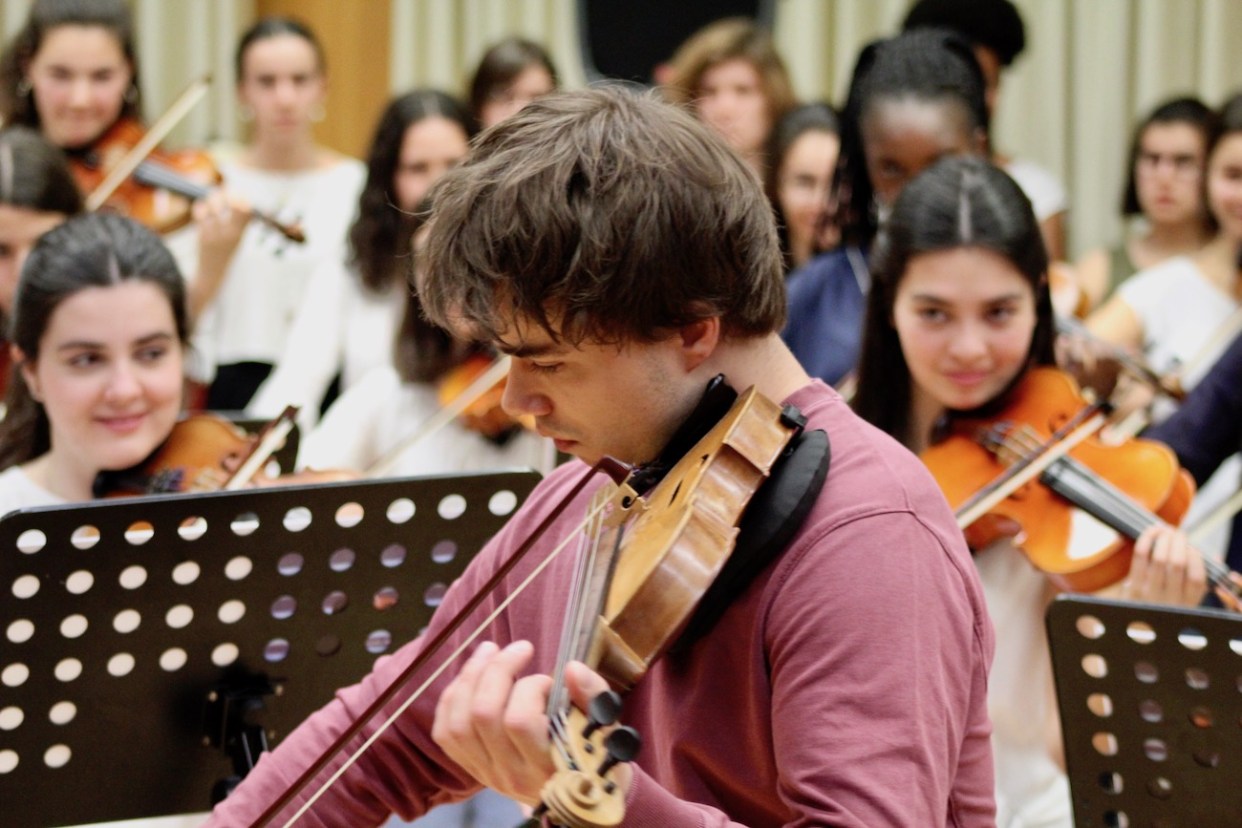 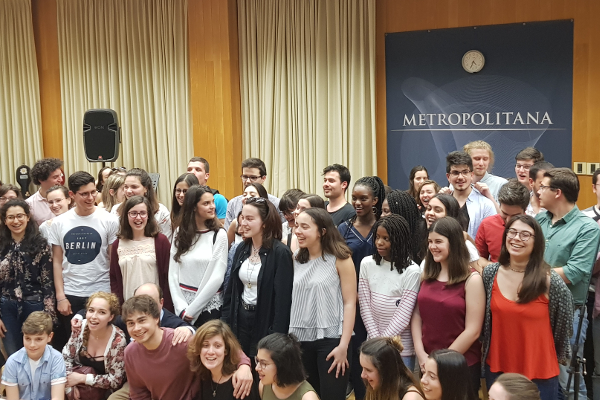 During Eurovision 2018 Norway’s Alexander Rybak was a man in demand. The Eurovision 2009 winner, who overcame the flu to deliver spirited performances in the semi-final and grand final, had a packed schedule in Lisbon, including rehearsals, press conferences, interviews and public appearances. But that didn’t stop him from finding the time to visit the Metropolitana Music School in Lisbon ahead of his semi-final performance.

His visit included special performances by the music students, who were lucky enough to get a few pointers from Alexander. The entire orchestra and choir also joined him for a masterful performance of his 2009 winning song “Fairytale”.

This was a great experience for all of the students of Metropolitana, who were very excited to be performing with Eurovision royalty.

They will undoubtedly take much from the experience, including Alexander’s helpful tips. His advice included telling the students to always perform at 150% in order to come across as 100% to the audience — advice that he took into his own performance.

@rybakofficial of Norway has some great advice for the aspiring students of Metropolitana. #eurovision2018 #eurovision #esc2018 #allaboard

He also advised the students to always smile and to add an extra flourish to put on a great show. He demonstrated this with performances of a number of classical music pieces at the end of the concert.

Alexander caught up with wiwiblogger Antranig after the concert and chatted about how the concert gave him flashbacks to his own concerts growing up.

The talented @rybakofficial catches up with our @ant_shok following a dazzling concert with the students of Metropolitana. #eurovision2018 #eurovision #esc2018 #allaboard