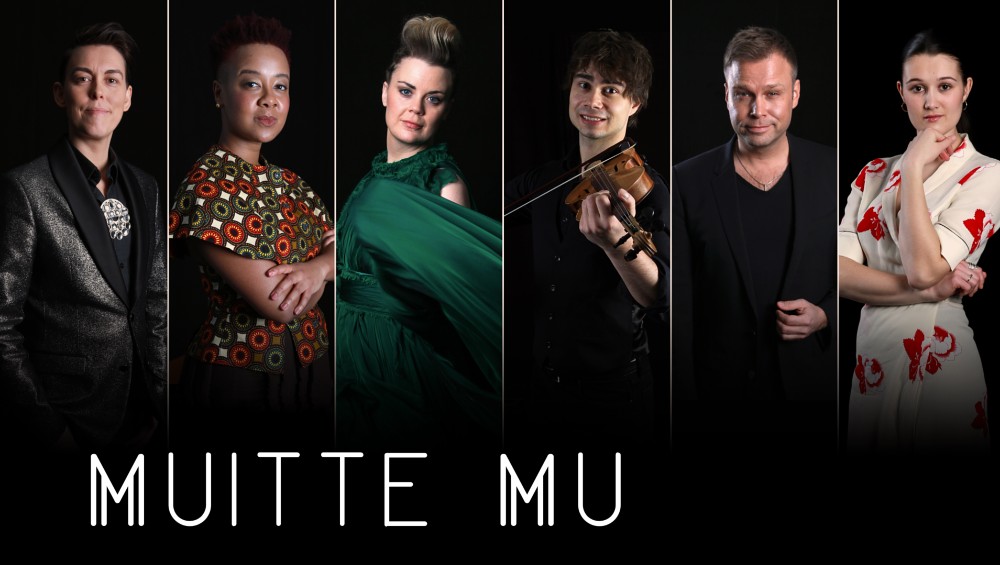 INFORMATION HERE ABOUT HOW TO WATCH MUITTE MU

Muitte Mu (Remember Me!)
Joik is the traditional Sami music-form, and this tradition is one of Europes’ oldest folk-music-forms. In order to learn how to Joik, certain techniques are required.
Six popular Norwegian artists, accept the challenge, and together with an experienced Joik-master, they will both compose and Joik within 3 days.

Alexander Rybak experienced bullying and exclusion when he came to Norway as a child. He wishes to use Sami Joik, to encourage all those, who feel outside and different from others.
Joik-teacher Frode Fjellheim, uses many interesting tools, to teach Alexander, how to find the Joik within himself.

New in this second season of “Muitte Mu – Remember Me” is that the joik recipients know, that they are getting a joik. We will see, how they look forward to hear, how the artist manages to convey them as a person.

“Joik has received a lot of attention among television viewers after being included as a genre in “Stjernekamp”. Those who have enjoyed that program, can look forward to experiencing the joik in a different way in Muitte Mu”, says project manager Wenche Marie Hætta in NRK Sápmi.

She tells, that the artists participating in this season are put on a few other tests than just the joik techniques and voice usage. Physical activities make them find other ways into the world of the joik, than they might have imagined.

“It’s exciting to see how professional Norwegian artists, who do not have a great knowledge of joik from earlier, can learn how to put into tones, a feeling and a story,” says Hætta.

Here are the six participants of the year:

Alexander Rybak represented Norway during the “Eurovision Song Contest” for the second time earlier this year. He experienced to feel different and outside when he moved to Norway as a child. It took time before he was accepted for the one he was at school and felt he could be himself. Alexander wants to joik those who feel outside and invisible. His joik-mentor is Frode Fjellheim.

Adrian admires his little sister Pernille for the strength she has and will joik her. During his youth, Pernille has been a lot of mentally ill and misdiagnosed. Nevertheless, she has been in support of Adrian, who came out as a transmann after concealing that part of himself for a long time. Adrian’s joik-mentor is Marit Danger Øverli.

Mia has a very good friend and partner in her uncle Joachim. He has been an important person for her as she was going through through an artist in the United States. Now Mia wants to show Joachim that he is important to her. Her joikementor is Johan Anders Bær, known as an expert in Stjernekamp.

Christian wishes to honor his father and role-model with a joik. As a thank you for all support through childhood and adulthood. Christian looks at his father as a rock in his life. His joikementor is Simon Issát Marainen.

Tatiana was a little insecure young girl when she came to Norway. When she became familiar with Irem, she gained more self-esteem to work with music. Now they work together, and Irem gets a joik because she is still important to Tatiana in everyday life. Her joik mentor is Mikkel Gaup.

Ida Maria went through heavy years, where alcoholism ruined a lot for her as an artist. Her former tour manager Becky was one of those who helped her when she was drenched and should live a normal life again. Ida Maria wants to show Becky how important she is and therefore she gets a joik. Her joikementor is the game champion Niko Valkeapää.

HOW TO WATCH MUITTE MU – WITH ALEXANDER RYBAK