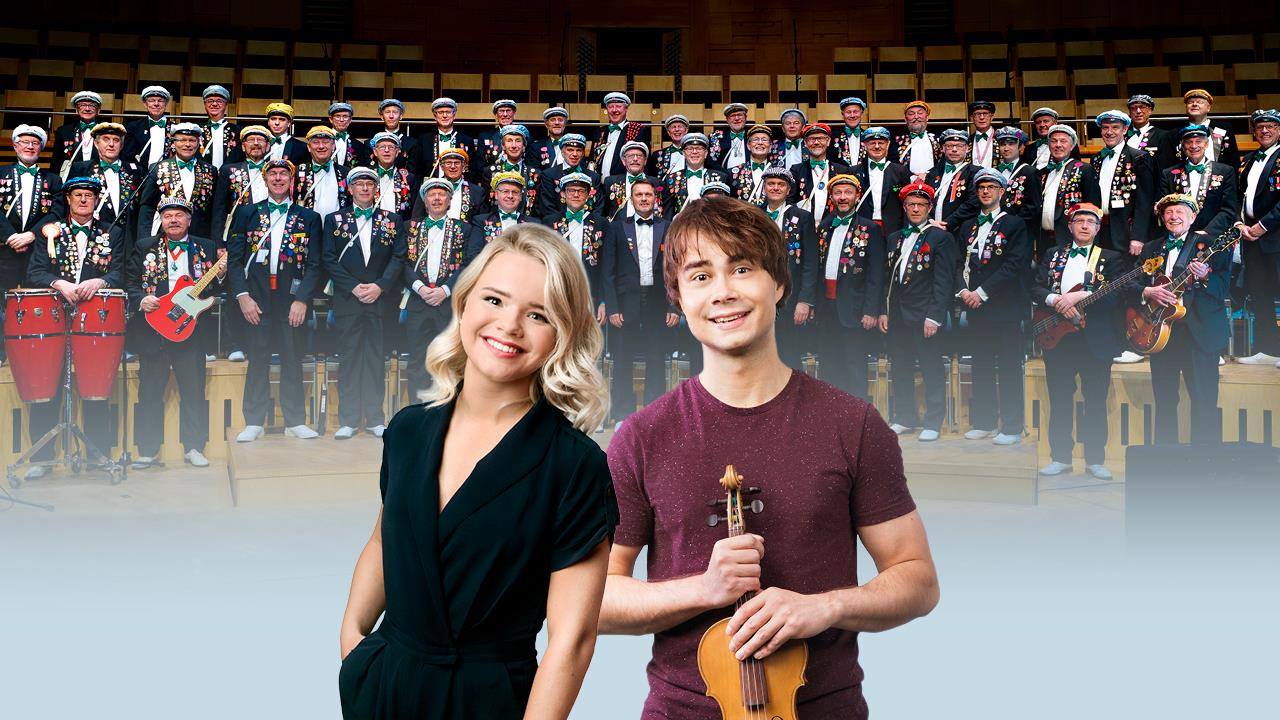 The forever-young boys in “Song og Spelkorlaget of March 8th & Son” are ready for the 31st edition of “Syng med oss”.

In all the years, Song og Spelkorlaget have sung for a sold-out concerthouse. The most eager, stand in a line for half the night, to get hold of the best tickets. The success-recepie is a diverse musical menu, with singing and playing, good atmosphere and as always, a lot of sing-along. New this year is, that the guest-artists are announced in advance.

The choir has managed to capture all of Norways’ Alexander Rybak to share the stage with them. The multi-talent hardly needs an introduction, since he, in 2009, went to the top in Eurovision Song Contest with the winner-song “Fairytale”. This evening, he will contribute with singing, violinplay and contageous enthusiasm.

Lisa Børud is also a part of the 31st edition of “Syng med oss”. Her name is well-known to many people, despite of her young age. She began her career as a child-star and sold more than 120.000 albums. Recently, she captured the hearts of the viewers in “Stjernekamp” on NRK (2017), where she appeared as a strong performer in both showdance and singing. She has invited dance-students from Bjergsted High School with her on stage.

After the concert, there will be an Afterparty. It takes place in the Concerthouse, as well, and tickets can be bought online by choosing “Konsert + Festen Etterpå”.
There will be good atmosphere, welcome, dinner-buffet with dessert from Spiseriet, dancing, bar etc.