Filmfront.no: Review of “Dragetreneren 3” (How To Train Your Dragon: The Hidden World) 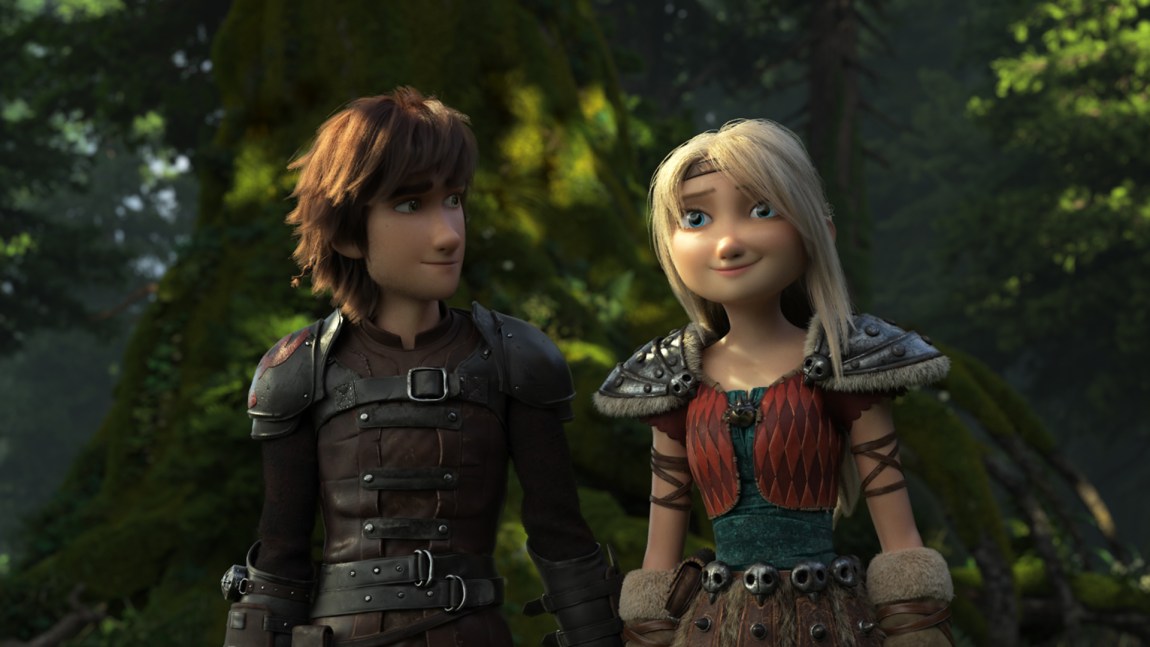 Review of Dragetreneren 3 (The Hidden World) American movie from 2019 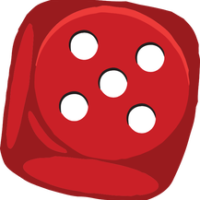 The story of Hikken and his dragon Tannløs, continues with the first, being now the chief of the tribe. His dream of creating his own small community where dragons and people live side by side, has become a reality, but a new danger threatens the village. To get away from the dangerous threat, the whole bunch sets course for a new place, a place that Hikken’s father told him about, when he was a little boy.

Movie number three about the dragon trainer Hikken and co, manages, (which is far from the case for all third movies) to engage, carry on and at the same time,  add enough fresh new blood so that one does not feel that things are idling.

It’s been over 8 years since the first film, and the second film from 2014 also begins to be some years old now. In the third round we are served an animation that is even more detailed, beautiful and immersive in its material. This helps shape and make characters like Hikken (now with youthful down on chin) and Toothless (with his leather and rubbery body) more alive than ever. Their mimicry and personality have also evolved, both on paper and in script, but also purely animated.

It is also the relationship between Hikken and his dedicated dragon that stands as the emotional center of history. Their close connection and love for each other is challenged when a mysterious and beautiful white female dragon emerges. 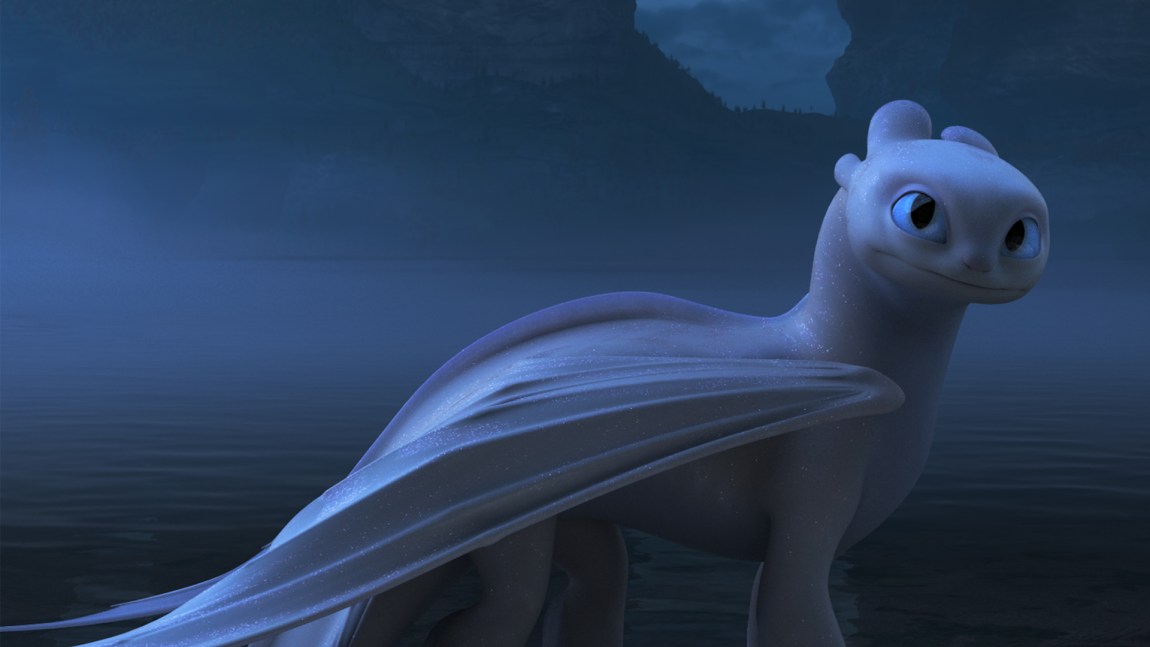 Should Hikiken let him be smitten and captured by her and so, risk to lose him?, or should he hold back on his mate? That’s how you get emotional scenes, you see!

Both Hikken, Toothless and others, are going through a youth-time here, which together with the story forms a charming, fun and beautiful coming of age-development where romances in plural occur. Movie number three therefore feels a bit more adult than the two previous ones, which is only experienced positively. Anyway, there is still more than enough of childish charm, play and humor here, while adults on their side will feel like newly fallen in love again!

The aforementioned animation comes with some really lovely single scenes that lift the movie right up into the clouds. Extra beautiful is when the dragons themselves get their romantic and flirty minutes, scenes where dialogue is liberatingly absent, and where the animals’ body language, dance and play say absolutely everything. 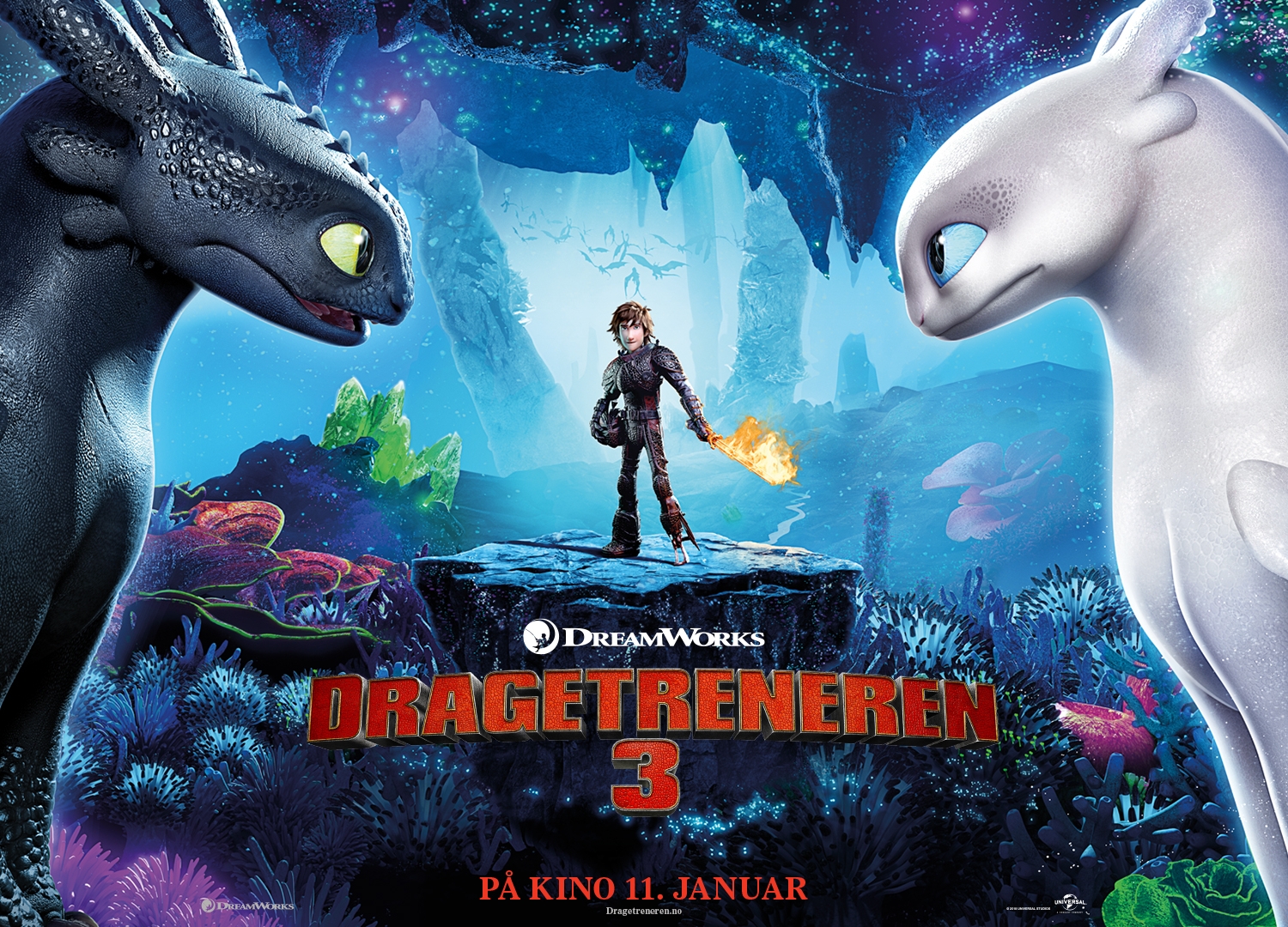 This is an example of beautiful animation, which could soon become cliché, but, as in DeBois’s direction and accompanied by sobering tones and music, gives the characters life and charm that goes straight to the heart.

The Norwegian dubbing is also wonderfully engaging and good. In the center is Alexander Rybak as Hikken, with his distinctive and charming voice that helps to create Hikkens personality, more than is common in dubbing. A fine, fine use of Norwegian dialects add to the personalities of the character gallery, characters that are a lot of fun and made with wonderful personality.

Director is again Dean DeBois, a guy who in other words shows that it is still meaningful to continue this very beautiful and entertaining movie series. History’s development ultimately gets an emotionally beautiful redemption that opens the cards for the passage of history. Possibly this year’s most beautiful and best animation on the cinema this, already!