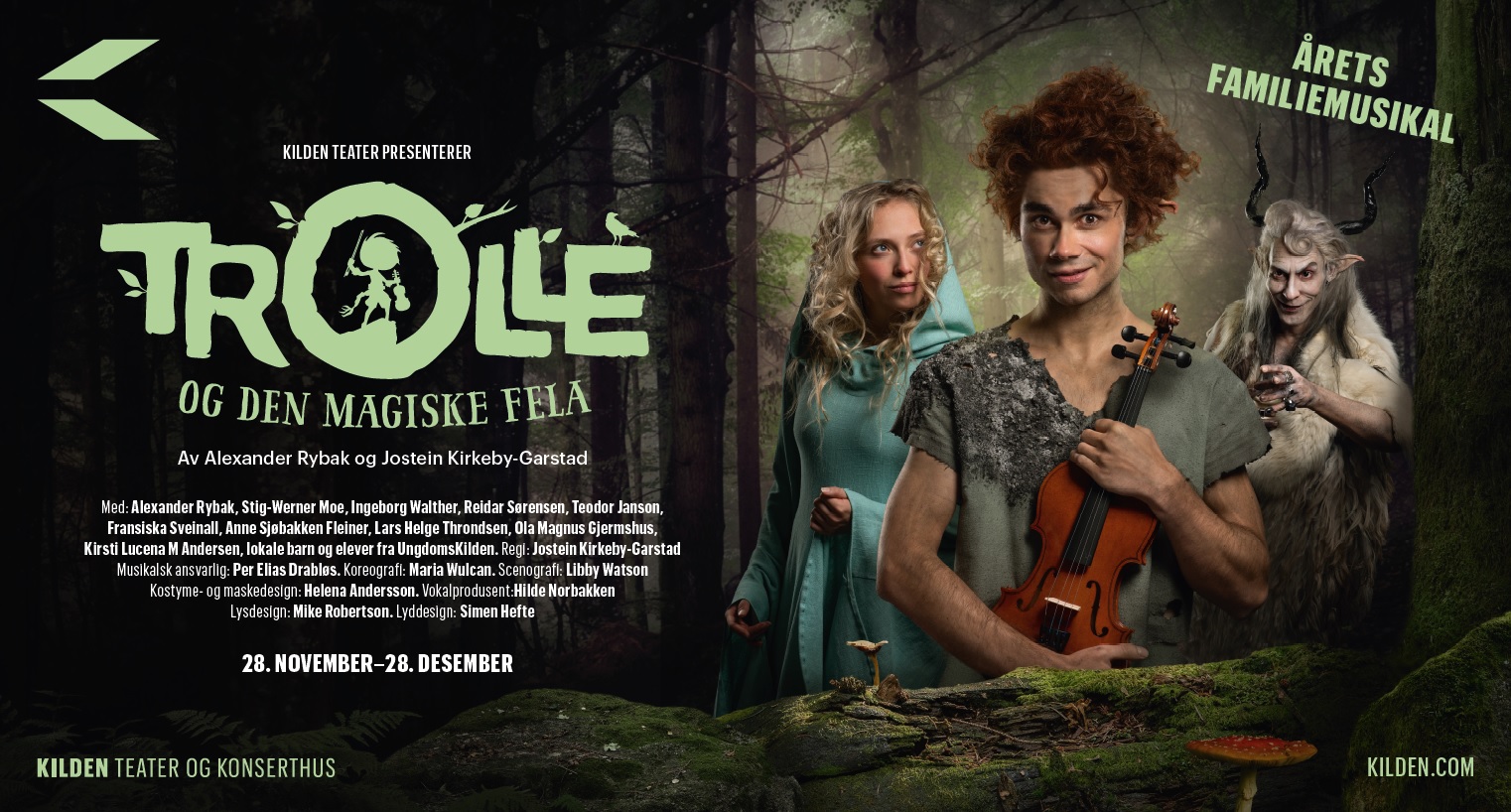 Trolle is not like everyone else. He lacks a tail, and that is something, the other trolls never let him forget. One day, Trolle finds a magic fiddle, that can turn everything around. But the fiddle brings not only good and soon, Trolle finds himself in trouble.

That’s when Alva shows up and shows Trolle the power of true friendship.

“Trolle and the magic Fiddle” is a Fairytale about daring to be different and about accepting, what is different in others.

“It has been important to me, to write the story about Trolle. It is important to me, to tell children, that they are not alone in feeling different. That they must never stop to believe in good friendships, even if it might take a long time” says Alexander Rybak. 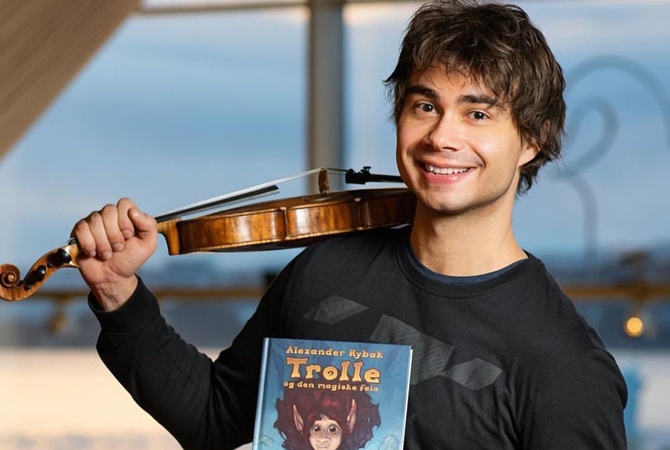 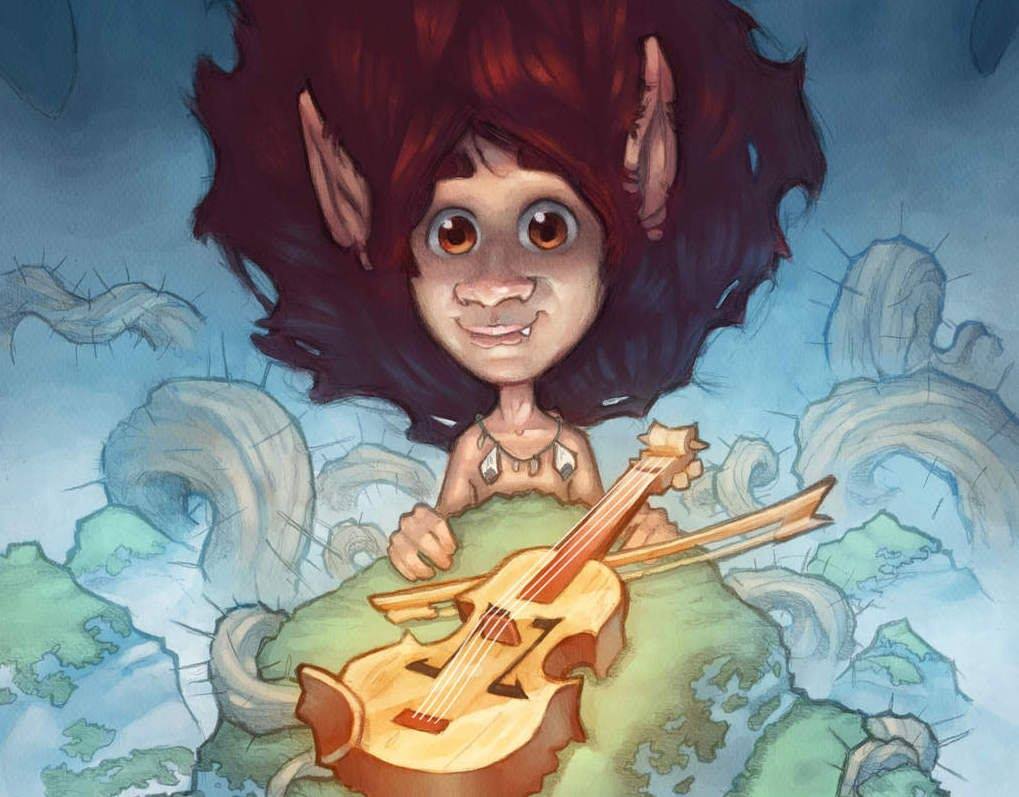 “TROLLE” – FROM BOOK TO STAGE

You can also read: “The Magic of Trolle” where Alexander Rybak tells about “Trolle” 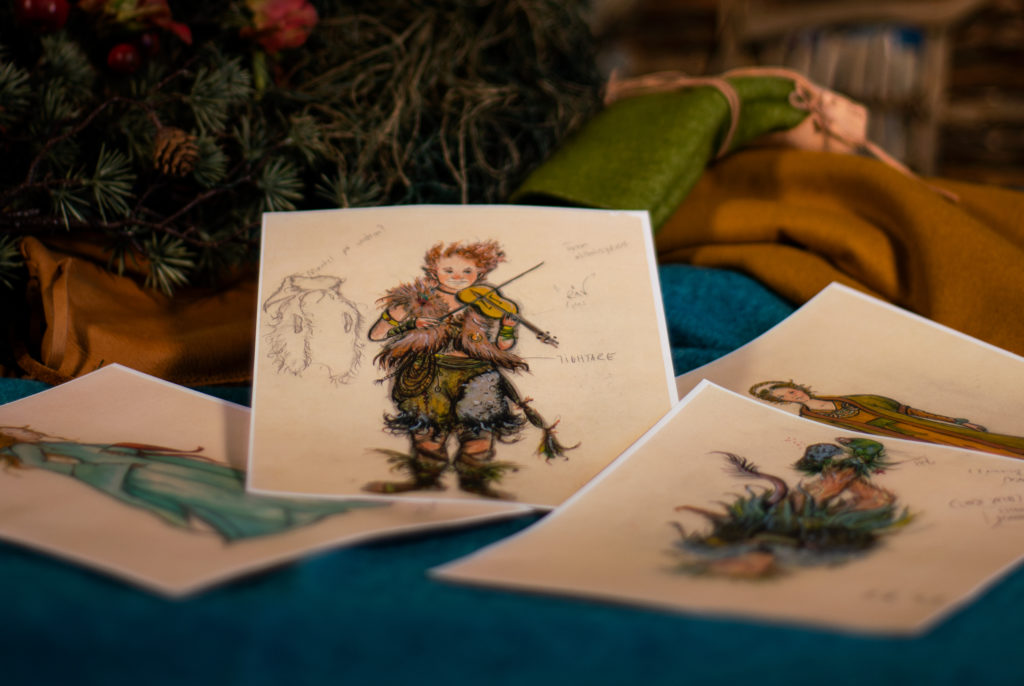 When Alexander Rybak toured with “Fairytale”, he began writing about the adventure of Trolle. Ten years later he is ready to create magic on the musical scene. When Kilden opens its doors to the premiere in November, it will be a sensual and visual celebration with spectacular costumes and great scenography.

In the spring of 2009 , Alexander Rybak begins writing the story of Trolle. He wants to make a children’s book with music, and writes the songs while touring Norway after the smashing success with “Fairytale” in Eurovision.

“We will make a visual party”
Jostein Kirkeby-Garstad, director 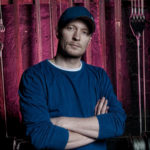 In the summer of 2014 , Jostein Kirkeby-Garstad is sitting in a cafe in Oslo. He is in the lead as director of the Disney musical Beauty and the Beast. In a coffee break, he reads an article about Alexander Rybak who writes a children’s book about a little troll. He thinks that this can certainly have the potential to be a good musical. Kirkeby-Garstad empties the coffee cup and returns to the rehearsals at Christiania Theater.

A week later, an SMS is ticking in on his phone: “Hi! We don’t know each other, but I wonder if you would like to make a musical with me? Yours, Alexander Rybak” They meet for a quick chat and decide to write a family musical. The first synopsis is ready the same fall, but not until four years later can the two artists present a script they are happy with.

In October 2015, Dagbladet prints the review of the book Trolle: “Musicians seem to succeed better as children’s book writers than many other cultural celebrities. Alexander Rybak is no exception. ”

In June , Kilden Teater and Konserthus approves the project mandate for the musical, and in December, the artistic team – with director, scenographer, costume designer and lighting designer – is in place. 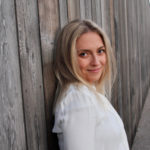 In January , 71 young ladies attend auditions for the role of Alva. Ingeborg Walther gets the job. The 19-year-old is known for participating in The Voice on TV2. Ingeborg buys a blue book. In it she writes about Alva.

– I try to describe how she is and how she thinks. I’m very excited about what the director will think, when I present it, Walther says.

May 22 there is a model presentation. Theater Manager Amalie Nilssen opens the meeting in enthusiastic karmøy- dialect and perfect English: “You guys! Now, we will turn a best-selling book into a best-selling show! ”

In a black box, scenographer Libby Watson has created a small model of the stage, where golden tree trunks frame the village and form the magic forest where the story will take place.

On the floor, costume designer Helena Andersson spreads out all the sketches of the costumes.

– “Since Trolle becomes an outcast because he has no tail, the other trolls should have very large tails. And to make it look like there are a lot of trolls on stage, we will sow several heads on the costumes”, says Andersson.

June 6, Alexander Rybak and Ingeborg Walther appear in the TV program Allsang På Grensen. This is the first time one of the musicals’ songs has been performed in public.

On June 11 A new audition is held. 41 boys show up in hopes of becoming one of the show’s four little trolls.

On August 14, Alexander Rybak drops by at Kildens’ costume department to get a cast made off his feet, before being transformed into Trolle’s feet. On the same day, he gets photographed for this magazine.

In September and October ,The world premiere in Kilden is being prepared. The actors start the rehearsals in the theater. In the large workshop hall, the carpenters are working to make the scenographer’s tiny models into large scenes, and in the costume department are meter-by-piece fabrics turned into spectacular costumes.

Jostein Kirkeby-Garstad has directed several major musicals, including Evita, Annie and the award-winning Billy Elliot. Now he is again in the running of a production, this time also as a screenwriter.

He has been inspired by both Lord of the Rings, Beauty and the Beast and the NRK production Vikingane.

– We have everything it takes to create a visual and very musical party, says Kirkeby-Garstad.

October 7th is the start of the rehearsals in the great rehearsal hall at Kilden.

November 11, the decorations will be finished and the actors are ready to conduct their first costume rehearsal.

On November 28 at 5:25 pm, 22 actors, youth and children will be behind the stage curtain in the Theater and Opera Hall. Soon the buzz from the audience is silent. When the curtain goes up, it is the world premiere of Trolle in Kilden Theater and Concert Hall.