Article in Norwegian. Published by Sorlandetblogg.no 28.11.2019

We have seen this year’s Christmas musical at the Kilden Theater and Concert Hall, the family musical ” Trolle og den magiske fela”. With Trolle played by Alexander Rybak and Alva played by Ingeborg Walther in the lead roles, they create a trollish atmosphere for both young and old.

Even the feet of Rybak are complete. 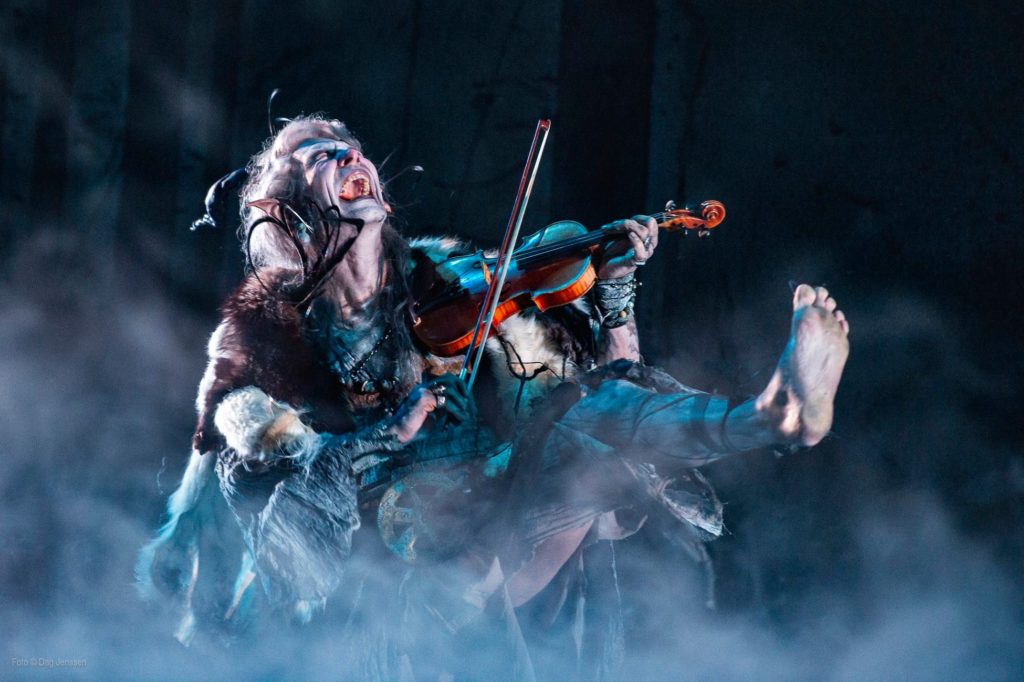 Stig-Werner Moe in the character “Hulderkongen” in the performance. Photo: Kilden Theater and Concert Hall.

Trolls, Huldrer and humans, can they find eachother?

In the show, the forest outside the village is presented as something dark and scary, and you never know what to find out there. The family show shows that people and trolls can be friends, even though they are different. Alva, a human, travels into the forest and finds Trolle who is a different troll.

The story is based on a book by Alexander Rybak and shows how the people must come together to overcome some of the scary and mysterious things that take place in the deep forests of darkness. Here you will also get to know the sneaky Hulder King and he his huldrer, who also help to bind you. The Hulder King, I personally think is a scary type, and the Huldrer help to make him sneaky and mysterious. The Huldrer and their incredible dances help to give the show a new dimension.

Bring both children and grandparents on a weekend trip to Kristiansand to be enthralled by Rybak himself.

They really offer some unique scenography, music and costumes. The stage alone is a story in itself, and helps make the whole show come alive and real. Even the feet of Rybak are completed. There are all kinds of colors from blue to red, and it gives a mysterious dynamic. You can almost feel like you’re in the woods. And yes, they have used real wood for the scenes.

We have visited the scenes of the “Trolle” performance, watch video here.

Not to forget: The wolf “Småen”. He must be experienced.

It was fun to see Alexander Rybak from Melodi Grand Prix in a new character, and this time also with fantastic violin-music. Bring both children and grandparents on a weekend trip to Kristiansand to be enthralled by Rybak himself.

The musical is by Alexander Rybak and Jostein Kirkeby-Garstad, and has sold tickets to 14 different countries!

Child actors and the Kilden Youth participate in the performance. Photo: Kilden Theater and Concert Hall

The family musical premieres November 28 and lasts until December 28. This is truly a performance you cannot miss, tickets can be found here.