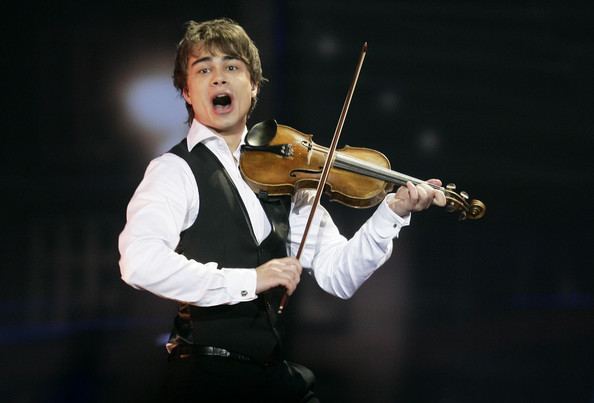 Internationally renowned artist Rybak (Eurovision voting record holder in 2009) is revealed in ” BAM “. What does he say about our beloved country and the canceled concerts.

Alexander Rybak managed to stand out from his childhood and become what we call a “miracle child”. From a very young age he had a great love for music and apparently she had the same love for him. At the age of 6, he had already immersed himself in the art of music, leaving himself to be “lost” melodic in its magic.

He was born in Minsk, Belarus, but has lived in Norway since he was five. It was not long before he won many awards for his contributions to the country’s largest productions. The director of one of the largest theaters in Oslo, having understood the magnitude of Alexander’s talent, made him the protagonist in the well-known play “Fiddler on the Roof”. At that time, the very young Alexander was awarded the Hedda Prize, which is the highest recognition an actor can achieve in Norway.

He quickly climbed to the top, and beyond the Scandinavian country, the whole planet began to talk about him. In 2009, at the age of just 23, he won the Eurovision Song Contest representing Norway. In fact, according to the classic ballot counting system, he is the most successful winner in the history of the music institution, having set a record with 387 points, breaking the record of 292 points that Lordi and Finland had set three years earlier.

The great success of the eloquent Alexander, of course, is that it remains in the hearts of all people, the song “Fairytale” that he wrote and composed and with it climbed to the highest position on the Eurovision podium. However, the greatest success of the beautiful artist is that he has evolved even more since then, since he was not trapped in the title of winner and has progressed artistically, having experimented with great success with many types of music.

Apart from being a talented musician and singer, he is also a writer. In previous years he published his children’s book “Trolle og den Magiske Fela” (“The Trolle and the Magic Violin”) along with 3 CDs. The book is about little Troll, who is a little unwanted and intimidated, but when he finds a magic violin that gives him magical powers, his life changes. At a deeper level, the story is about the power and importance of friendship and how it can overcome fear and prejudice.

His life is definitely reminiscent of a fairytale. In his own “fairytale” of life, then, Alexander Rybak puts us for a while today, since he speaks exclusively to “BAM in reporting”. In the interview given to the newspaper, the internationally renowned artist talks about both the Corona and his love for Greece.

“NORWAY HAS FOLLOWED IN GREECE’S FOOTSTEPS WITH THE CORONA”

Everyone is facing the pandemic of coronavirus. What is the situation in Norway?

In Norway, the government learned very quickly from other countries. But because we are a strong democracy a complete lockdown would not work. Instead, we walk outside but keep a distance of 2 meters. It works quite well because people in Norway trust each other. As in Greece, I guess.

Many people around the world have said that Greece has dealt with the Corona very well. Which is your opinion; What do people in Norway think about this?

The most impressive thing in Greece is how quickly you reacted. Norway has followed in your footsteps and many of my Norwegian friends are very happy that Greece is a good guide in this.

I know that you love Greece and have visited our country several times. Are you going to be in Greece again in the near future?

It was planning to do a concert in collaboration with a Greek university in the summer. I was really looking forward to it, but they had to cancel it due to some political issues. I had also planned to play in a marathon show, but it was also cancelled. I am very unlucky in Greece (laughs). I wish I could be invited to something that is not cancelled!

Fairytales very often come true. What is your biggest fairytale that came true?

The presentation of my new Norwegian children’s musical for Trolle and his “magic fiddle”. I am also very happy that my family is safe and this is the biggest fairytale!

You have a lot of fans in Greece. What would you like to tell them?

For those who follow me, they know how much I like to experiment with music and that every project is a new style. I am very happy especially for the Greek fans who always support me in this. And of course, Greek girls are extremely cute!

* As published in the newspaper ” BAM ” that is circulating