Article in english, published by ColumbiaChronicle.com 18.09.2020 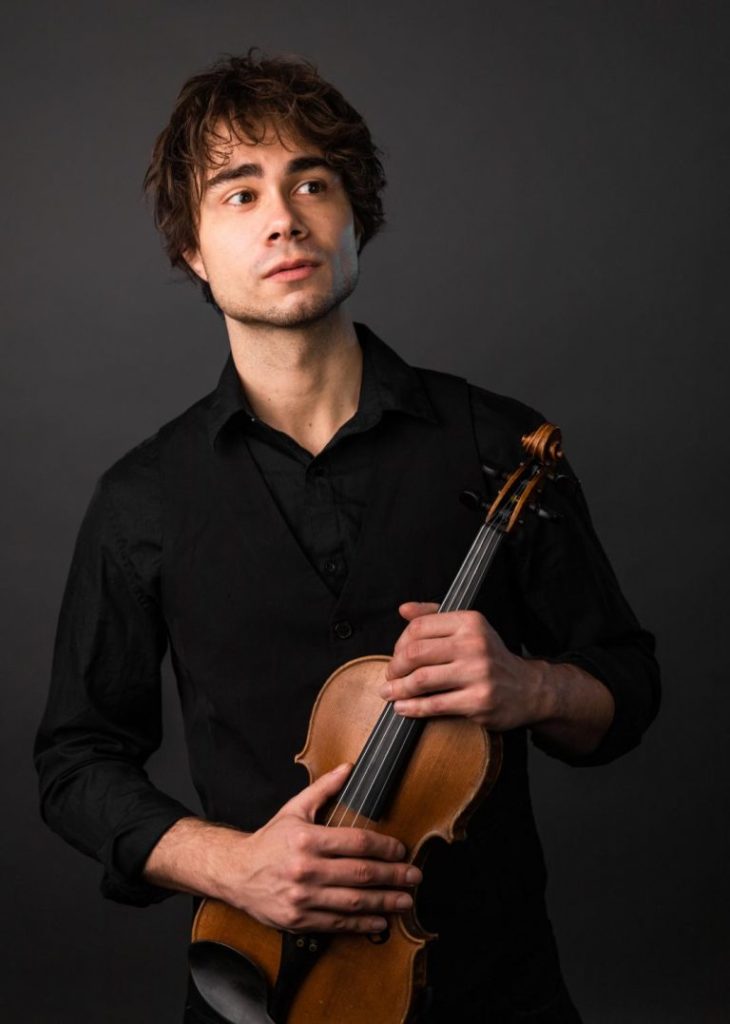 Alexander Rybak said he is glad he can study online from Norway and looks forward to the “Columbia experience” when it is safe to travel to the states. Courtesy/Alexander Rybak

Despite dreaming of composing music for films since he was 10 years old, for the last two decades Alexander Rybak’s music career has mainly focused on singing and songwriting.

He performed at the 2009 Nobel Peace Prize concert for former President Barack Obama, is the voice of Hiccup in the Norwegian version of the “How to Train Your Dragon” trilogy and rose to fame after winning the Eurovision Song Contest in 2009 for his song, “Fairytale.”

Now pursuing his Master of Fine Arts degree in music composition for the screen at Columbia, Rybak said he is ready for “Alexander’s musical career 2.0.”

He said winning Eurovision was a catalyst for traveling around the globe to perform. Rybak’s desire to compose for movies was solidified after receiving positive feedback from film directors and producers after submitting the song, “Into a Fantasy” to DreamWorks—which was later included in the European and Slavic versions of the “How to Train Your Dragon 2” as a bonus track.

However, Rybak said he held off on sending more music to producers or directors because he knows a lot about playing pop music but was not well-equipped in the movie-making process.

“It was so strange to tell directors that ‘I would love to work with you, but not yet,’” Rybak said. “Then I realized that I’m so used to really studying everything that I want to show people—I want to know it by heart first.”

Ryback said it was Kubilay Uner, assistant professor in the Music Department and director of the music composition for the screen MFA program, who convinced him to attend Columbia. Rybak was impressed by Uner’s musical expertise, experience and willingness to instruct others.

Despite his success, Rybak said he is not one to mention his accolades during classes.

Currently, Rybak is studying from home in Norway in a village near Oslo, but said he hopes to come to Chicago when it is safe.

Rybak also does not identify as a one-genre artist and has explored pop, folk, soft rock, crossover and more.

Unlike his musical counterparts who play folk and pop music, Rybak said he does not play the guitar or mandolin. Instead, he has played the piano and violin since he was six years old.

While he said many music critics have emphasized the importance of building one’s image, he said the field of music composing encourages artists to be multifaceted—which is something he said should apply to music.

This fall, he is taking six classes and said it is rare to find a music program like Columbia’s that offers a curriculum where all the classes work cohesively, with all of the instructors working toward a common goal.

Because of his career, Rybak is used to spending only 20 days in Norway out of the year. Many think he is a “party star,” Rybak said, but he enjoys occasional periods of solitude and would rather skip the after-party.

“Being around people is an inspiration to me—it’s something I do 10% of my day,” Rybak said, “And then I like to go home and think about all the clever things that they said. That’s why I love this program so much because … it’s a boost of energy and then I can be alone.”