In the TV-show “Stjernekamp” on NRK, 10 established norwegian artists meet to compete within different musical genres. By viewers voting, one artist leaves the show in each episode. The winner achieves the title as “Ultimate Entertainer of Norway”.

In the 9th season,  2020, operasinger Emil Solli-Tangen is among the contestants and as a surprise, he invites his friend Alexander Rybak to join him on stage with his violin for his performance of “Se Ilden Lyse”

Click on the picture below to watch the performance or the whole broadcast. Emil Solli-Tangens’ performance begins at 1.05.44 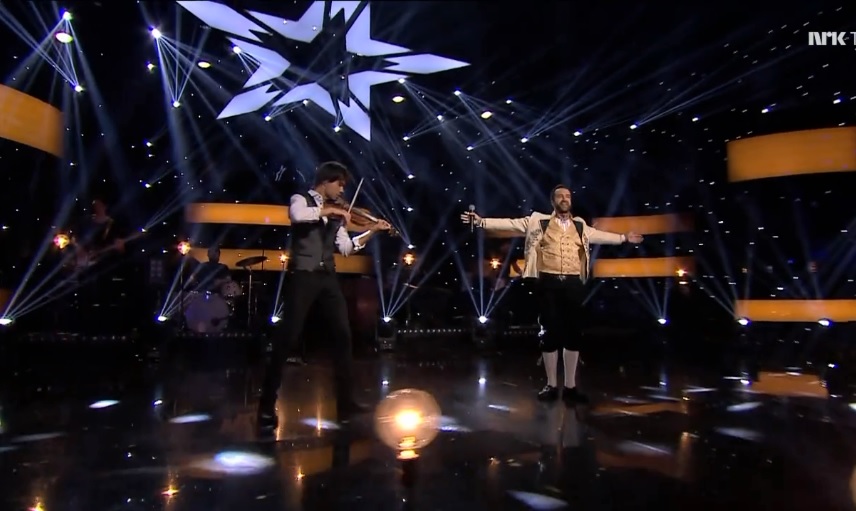