ARMENIA / NORWAY – The duet of Alexander Rybak and Sirusho called “Stay” was released on February 12, 2021.

Sirusho is the biggest Armenian pop star, who put Armenian modern music on the map. The singer/songwriters music reflects a blend of Armenian ethnic music with a modern pop influence.Being called “a national treasure” by BBC she was the only Armenian artist to become a 3-time World Music Award nominee. She who won the hearts of the European audience after her Eurovision hit song “Qele-Qele”.Alexander Rybak is an all-around musical talent – Belarusian-Norwegian singer, songwriter, composer and violinist.Rybak is the winner of Eurovision Song Contest 2009 who set a record by winning the competition with the highest points any country has achieved in the history of Eurovision with the hit “Fairytale”, a song he wrote and composed.

For the first time, the 2 European sweethearts Sirusho and Alexander Rybak came together with a heart-melting ballad called “Stay”.

Last year was so hard for so many people across the globe. At a certain point, people were forced to stay far from the ones they love. In the search for a silver lining during the worldwide pandemic lockdown, Sirusho and Rybak together made this song for everyone affected by the unfortunate events of the year and creating a link to the state of the world.

It’s a love story of two souls being so close yet so far, dreaming of a “planet far away” where “no one stays and no one leaves”.

The beautiful voices of both Rybak and Sirusho weave together a narrative of an alternate universe where a pure reality exists, highlighting elements both through the music and lyrics composed by Sirusho. 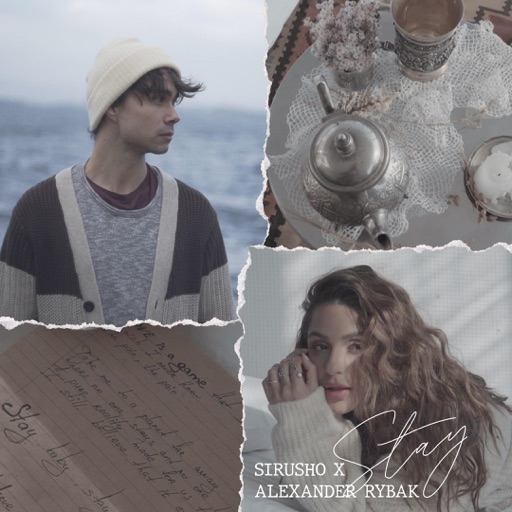