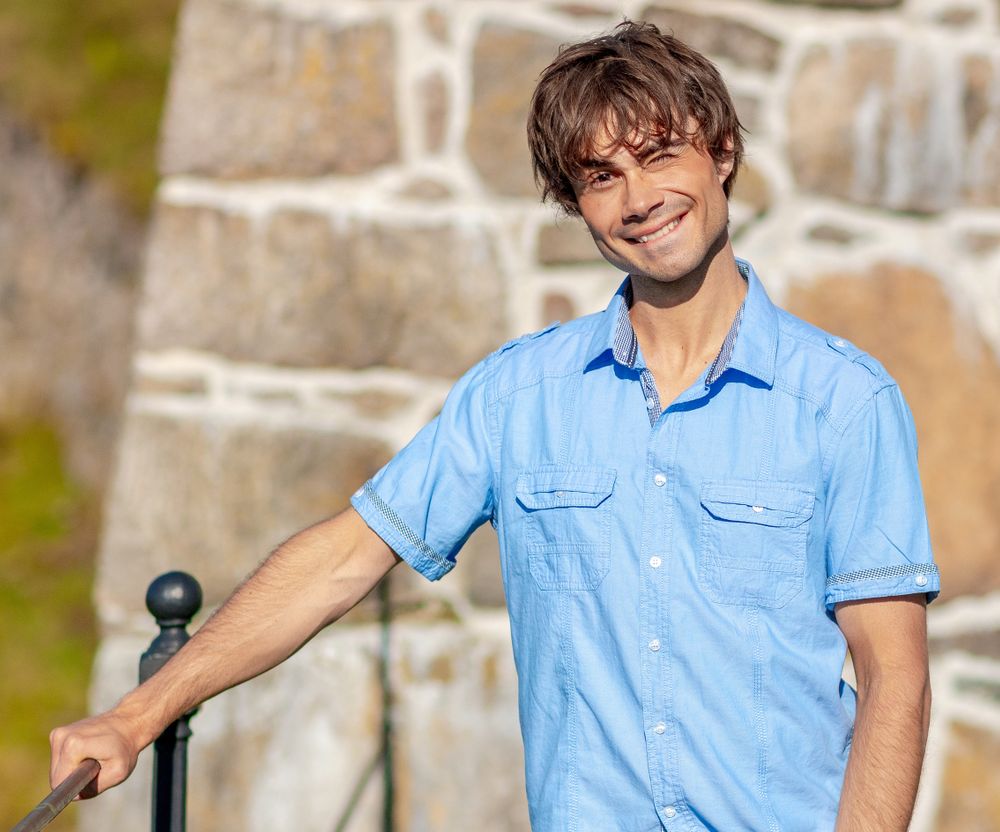 Alexander Rybak (35) eases the veil on studies, on nerves that still cause palpitations – and the sudden success on TikTok.

For the past year , Rybak has studied for a master’s degree in composition of film music at a college in Chicago – but via a screen from his parents’ home in Nesodden. The pandemic prevented relocation.

– Not to brag, but I got an A in absolutely all subjects, says a proud Rybak in a FaceTime interview with VG.

But it has not come for free. He has not made time for any girlfriends, nor football nights with the boys.

– I was a little scared to live at home, considering all the temptations. Fortunately, I have good friends who understand that I have had to prioritize. I have virtually not been on a date in eight months, he confides.

Rybak has great admiration for fellow students with girlfriends.

– The studies take all the time from morning to evening. So I’m very happy I’m single, he says and laughs.

But the video platform TikTok he devotes some time to. It started with a Russian fan club leader sending Rybak a message asking if he would take over the fan account with 30,000 followers for a few weeks.

– I thought it was touching. So I got the login.

Since then, it has only gone one way. At the time of writing, Rybak boasts close to 800,000 followers and over 10.4 million views on his most watched video. He never gave up the account again.

DUET: Alexander often invites to duets at TikTok. – Some do parody duets too. As usual, this is when you feel most successful, Rybak jokes. Photo: TIKTOK, @alexrybakofficial

– But I really hope that people do not think the first posts are my own – all the “Look, how handsome he is” videos, Rybak chuckles and wipes sweat from his forehead.

It was not until January 17 that Rybak shared his own video.

– A little crazy that the most popular video is one where I just look into the camera and say “Wow”, grins the artist, who was a little scared to appear nerdy.

– I’m talking about video games and classical violin. I’m not trying to imitate the young. They have a completely different energy.

At this pace, Rybak will soon have passed his 830,000 followers on YouTube, a channel he has had for years.

– It’s just over, he says and adds that YouTube, TikTok and other social media are excellent platforms for anyone who is not on a big record company.

Before, radio stations were important for reaching out. Rybak himself estimates that he has sent 20 songs to P1 in recent years and received the same number of rejections, according to himself.

– I’m not complaining, then. This is probably because they have as much responsibility and new artists from the big record companies, to which they have bonds. But in social media, I reach a new audience.

Rybak, who is what is called an indie artist, ie independent, gets old songs relaunched at TikTok.

– “Fairytale” has had a new spring with a whole new generation, he says.

Rybak is currently working on assignments for director and production students – something he enjoys, but which also brings pressure. He has post-withdrawal symptoms from the sleeping pill addiction , which he talked about last year.

– I wake up every day and think about surviving. Not because I am in so much pain, but because my brain is set on nervousness and performance from morning to night, he says.

– But so far can not try to change my mental state, so I am comfortable with being nervous all the time.

In March, he lost his grandmother. She lived in Belarus, and they were not allowed to stay with her in the end.

– Every day for the past three years, Dad played the accordion and violin for her over Skype. In the end, I saw him cry himself to sleep, only to be a hero to his students the next day. I’m so proud of Dad. When I see how strong he is, my stuff feels like trifles.