Alexander Rybak: “Film music is about something bigger than the artist”

Interview in norwegian, published by Sivilisasjonen.no 27.11.2022 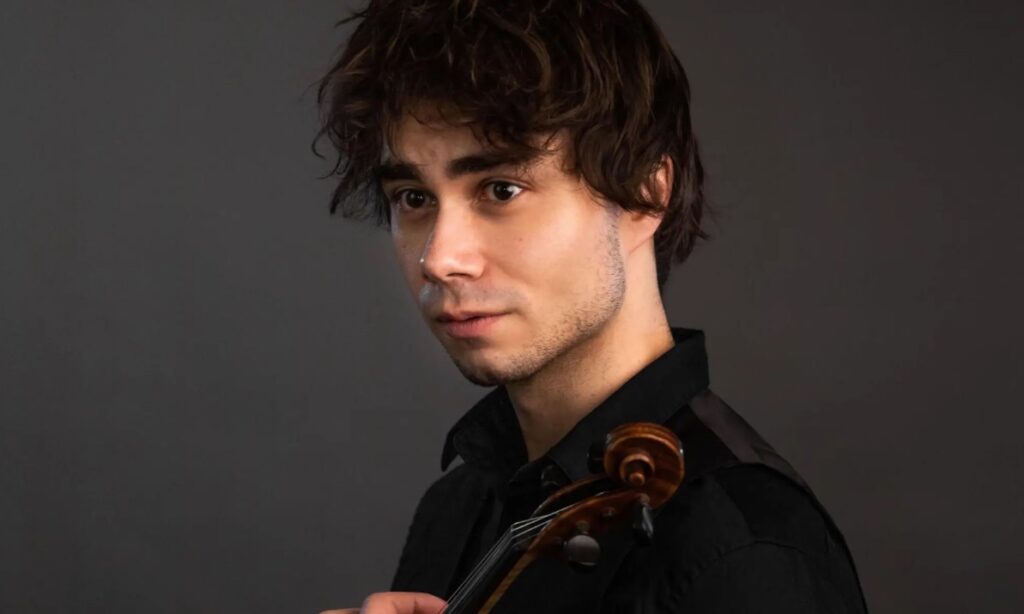 Alexander Rybak is currently on a Christmas tour and has moved from pop music to film music. He is clear about what always gives him the Christmas spirit: – Cold weather, dark days and beautiful Norwegian women in lovely winter coats, says Rybak. Photo: Thomas Brun.

The Norwegian-Belarusian songwriter and violinist Alexander Rybak charmed the hearts of many Norwegians when he won the Eurovision Song Contest in 2009 with the self-composed ballad Fairytale .

Today, he has put his pop career on the shelf to try his luck as a film musician – a genre he himself thinks seems bigger and more pervasive than the one he started out with as an artist.

The music in focus

In 2020, Rybak chose to go from performer to student when he began studying film music composition at Columbia College in Chicago, USA. The violinist admits that returning to the classroom has felt like a great relief.

– I have always liked studying culture and other people, but when I became “known” myself, it was suddenly me who was being studied.

At school, Rybak was allowed to be more anonymous. He believes that the profession he has chosen also allows the composer to stay a little more out of the limelight.

– I learned, among other things, that film music is about something bigger than the artist, he explains, and adds:

– Pop music, as I see it, aims to take up space. It should get people into a different mood. The film music, on the other hand, should help the film to bring the viewer into another world, even if that means that the music must be “invisible”.

John Williams and Spielberg as teachers

– Do you have a musical role model within the film genre?

Rybak is quick with the answer.

– John Williams is the greatest film music composer, no one will ever come close, he says. – But he was also lucky to meet Steven Spielberg, a director who gave him plenty of room for melodies.

– Do you think that film music does not need to be in a film for the melodies and atmosphere to evoke emotions in the listener?

– Sometimes film composers think a little too much about the music being able to be played on Spotify, says Rybak.

This can destroy the actual creation of the work, he believes. On the other hand, it may happen that music is needed that absolutely does not fit into any album or playlist, he explains. Then the music is only there to enhance the film.

– But then again, sometimes a director like Spielberg comes along who wants both, says Rybak, and clarifies that a good mix is ​​the most optimal.

Although Rybak has found both stability and a creative framework in America, he is not willing to give up Norwegian culture just yet.

– I think the Norwegian population is very good at supporting film music already, but of course I hope to contribute to film-Norway with melodies that will make the stories on the screen unforgettable.

Rybak clarifies that he must first find a Norwegian director who makes room for the melodies he has in mind before a larger project becomes relevant. Such a meeting is his big dream, he reveals.

Will delight the Norwegians with his classical violin playing

Now in December, Rybak is current with his Christmas tour in Norway Stille Natt Hellige Natt. He will perform together with the musicians Rune Larsen, Hans Marius Hoff, Alexandra Rotan and Lisa Stokke. Together, they will play classic, well-known melodies to people all over the country. For the violinist, it’s a positive shift – receiving attention for something that’s not within the pop genre.

– I am lucky to be able to tour the whole of Norway with a Christmas performance where I can delight people with my classical violin playing, he says enthusiastically.

– It’s so nice to get a standing ovation for something that isn’t pop, for a change!

Like many others, Rybak also has a dear and close relationship with Christmas, and believes that music is absolutely essential to creating the right atmosphere.

– What is your favorite soundtrack within the Christmas genre?

– It is definitely Miles Goodman’s music from The Muppets’ Christmas Story 1992. At Christmas, it’s the good melodies that matter, and that film is full of them. I highly recommend it!

– Finally, what is the one thing that always gives you the Christmas spirit?

Rybak can’t help himself, and starts rambling on about more than one thing: